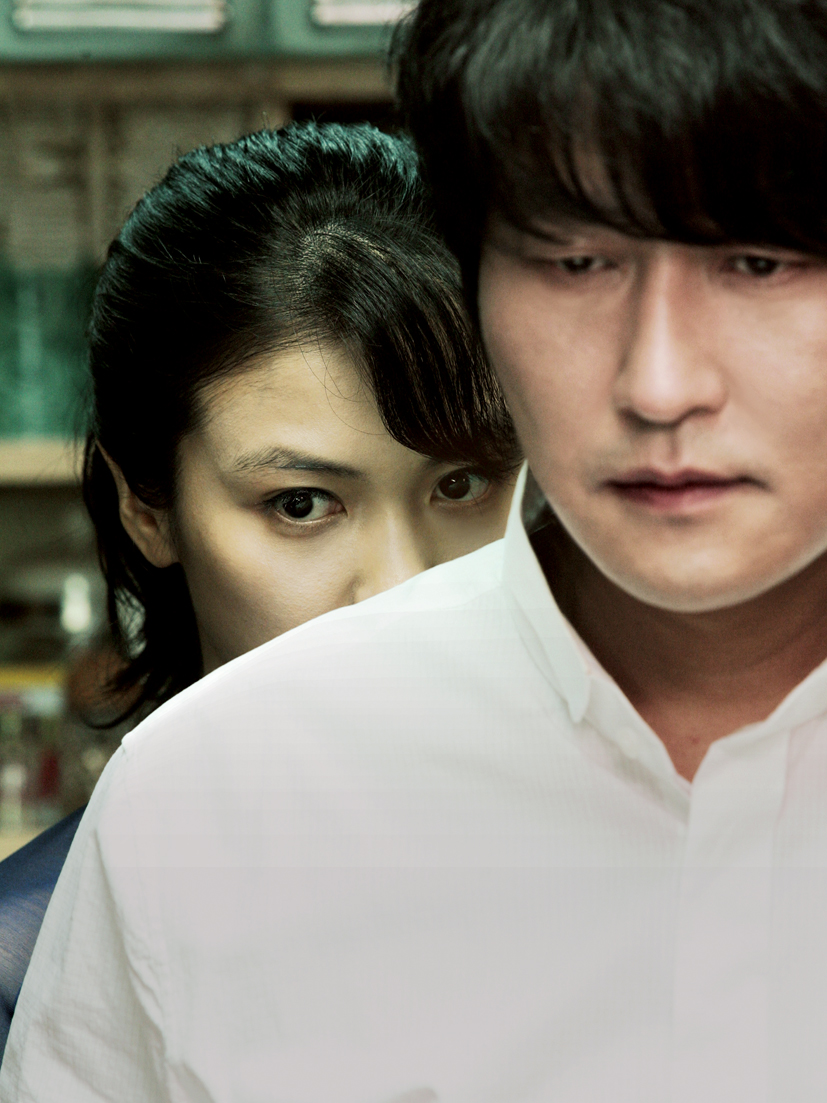 Veteran actor  Song Kang-Ho plays the role of Sang-hyun, a catholic priest who helps anyone in need. He takes part in a trip to South Africa, donating his body to science. Contracting a deadly virus, Sang-hyun receives a blood transfusion which infuses him with a great energy and a uncontrollable lust for blood.

Upon his return to Korea he’s reunited with childhood friends Tae-Ju and Kang-Woo, who are now grown up and became a “married” couple. The couple live with Kangs mother, the hostess of the weekly mahjong games. Each night Tae-Ju spends the night running through the quiet streets, running from her troubles in life and her shame of a marriage.

Sang-hyun discovers that Tae-Ju has been hiding several bruises and cuts, abuse which she has received from her husband. Sang-hyun and Tae-Ju conjure up a plan on getting rid of Kang-Woo, but it doesn’t go swimmingly…

Park Chan-Wook delivers once again, I find the movie hard not to like, everything movie I’ve seen by Mr. Park has impressed me. He ranks up there with Kim Ji-woon and Bong Joon-ho as one of these reliable directors that I can trust to deliver. The cast is also really strong too with Song Kang-Ho and Shin Ha-Kyun. The wild card was our leading lady Kim Ok-vin. I haven’t seen any other movie starring Kim Ok-vin, her character Tae-Ju is a innocent young girl, but her transformation into a beautiful lustful harlot is scary.

Compared to Parks other movies there is strong eroticism compared to his other movies, each film in the Vengeance trilogy has included sex scenes, but sex scene between Song Kang-ho and Kim Ok-vin is a straight out sex scene, no quick cuts, no love music, its just both leads having sex. It’s what we expect since the movie revolves around heavily around lust.

The only complaint I would expect to hear from people is the running time, ranking in at two hours and eight minutes, it felt strangely longer, I believe everything we see in the movie is very consistent and the movie really gets taken up another gear in the last hour.

Thirst is highly recommended, I’ve already watched it twice and I’m looking forward to visit this story again and pick up on all the other themes I missed out.