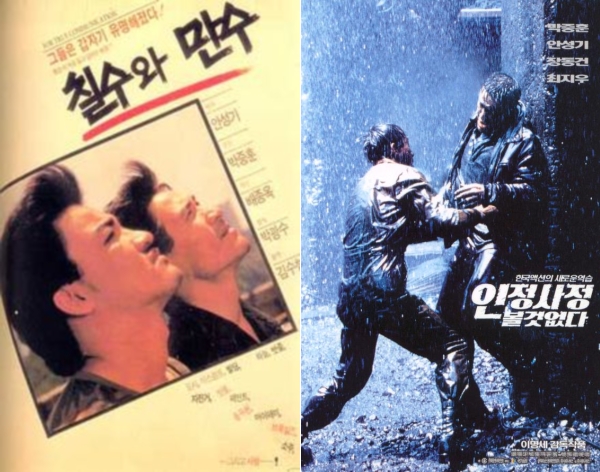 What do you get when pairing up movies where the still and straightforward is mindblowing and when the rabid, perfectly indulgent is also mindblowing? Am not sure but you get enough reason for the crew here at What’s Korean Cinema? to examine two classic works, starting with Park Kwang-su’s 1988 drama Chilsu And Mansu and in the second half, Lee Myung-se’s 1999 hyper-stylized hunt for an assassin Nowhere To Hide is covered. Connection between the movies you ask? Well if you did, here’s the answer, the male leads are the same. With Kenny B, Hangul Celluloid‘s Paul Quinn and Rufus De Rham, Director of Operations/Associate Programmer at New York Asian Film Festival (NYAFF) and Editor in Chief at cineAWESOME!

Special thanks to Henrik Andersson for remastering the original recording.

Contact the show via email at podcastonfire at googlemail.com, on our Facebook page and Facebook group (NEW) or Twitter (@podcastonfire, @sogoodreviews) and SUBSCRIBE to our iTunes feed. We are also featured on All Things Film, a collection of like minded Film, Cinema, TV, Geek and Cult Podcasts. For the charity project, THIS is the iTunes feed link to use.