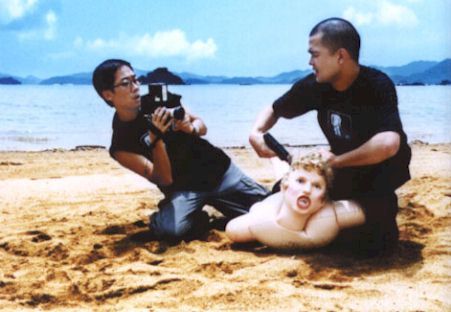 In case you’ve missed part one, we continue our run down of the top 50 movies from this past decade. So far, no shocking responses, no death threats or fan mail! As stated before;

Some notable classics will be missing; obviously I haven’t seen every movie we were graced with for the past decade. If you do have the strong urge to voice your opinion, please leave a comment at the bottom of the page where I will most likely respond and say “UR RONG!!” on a serious note, I would love it if we did get some feedback 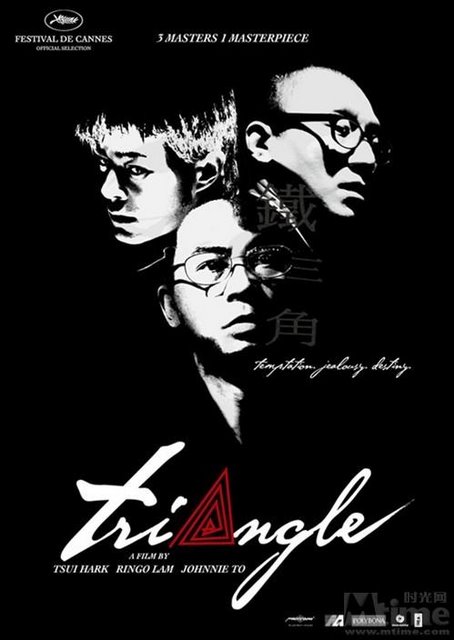 Triangle is one of those experiments that sound like a really great idea and in the case of Triangle I think it was really executed well. Three of Hong Kongs top directors, Tsui Hark, Ringo Lam and Johnnie To direct Simon Yam, Louis Koo and Sun Hong Lei in a hidden treasure crime thriller.

Pang Ho-Cheung delivers several quite amusing short movies, if I had to choose a favourite I would need to mention Eason Chan in the Ghost Festival, the eternal struggle of man begging for, um…relief. Easons partner only seems to be the giving type when holidays are being celebrated, hello Thai Splashing Day!

The other segments of the movie include appearances from; Chapman To, Shawn Yue, Conroy Chan, Stephy Tang, Gillian Chung, Juno Mak and we also get the best acting piece from “The Dark Knight” star Edison Chen.

When running HKCuk back in the day, one of our reviewers Patrick provided us with a review of YSIS and I thought, this movie sounds amazing. A few years back we were finally given a great feature filled DVD and I finally got to see the movie for the first time. At first I was worried because Eric Kot and Cheung Tat-Ming could be two of the most annoying twats from the past decade, but this movie was taken more seriously, but still got some pretty good laughs from it.

I could easily believe that no-one, not one person didn’t grin when Cheung Tat-Mings remixed their production company logo with the Golden Harvest movie and the when the movie had VCD copyright blue screen at the start, those scenes were golden.

One of the first Johnnie To movies and one of the first “What the fuck!?!” genre movies I had ever seen. After watching Infernal Affairs I began to follow Andy Lau’s career pretty closely, wanting to see everything was starring at that point. I obtained a bootleg of Running on Karma, Andy Lau in muscle suit ladies! Andy Lau is joined with pip-squeak Cecilia Cheung. Man what a crazy ending though? 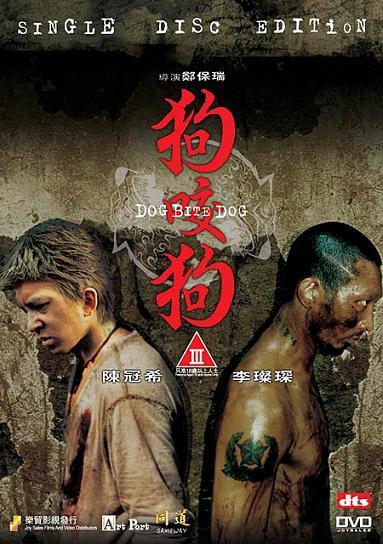 Director Soi Cheung delivers some very dark, bloody and fucking brutal moments in Dog Bite Dog. Many would agree that this movie was a big step for canto pop heart throb Edison Chen. The movie has action sequences which look like a mixture of dog fights and bare knuckle boxing. Sam Lee stars opposite Chen as a respectable cop who also looses his marbles and finds himself thirsty for blood and revenge! The scrap at the end of the movie is cream of the crop! 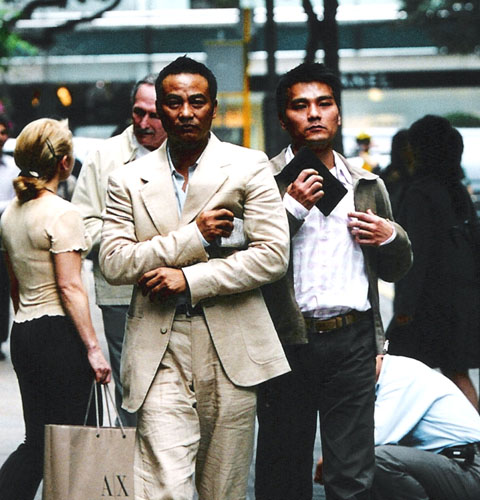 I’ve been told this movie is influenced by a certain era of classic French Cinema; unfortunately I wasn’t snobby enough to realize that, what a shame eh? The movie revolves around a group of pick-pockets and how a hot piece of… woman – Kelly Lin could easily ruin their operation. The group is made up of To’s regular squad; Simon Yam, Lam Suet, Gordon Lam as well as a few others. It’s a good film, but doesn’t shine as bright as some of his other work, I mean where is the shoot out where Yam slides down the staircase firing duel beretta-ta-tas? 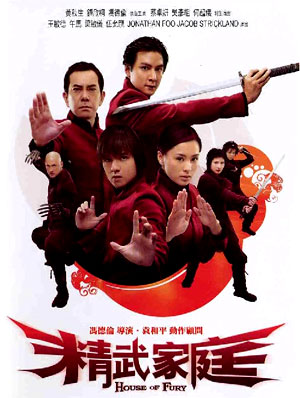 In Stephen Fung’s second movie as a director we really do get to see that he is a talented film-maker behind the camera. Anthony Wong plays the role of a father with two teenage kids played by Stephen Fung and Gillian Chung. Wong spends his days as a pharmacist, who heals bones, pops sockets back into place etc. nothing special, but!

This is all just a cover because he is actually a James Bond style secret agent who fights stylish henchmen that looks like they’ve fallen of MTV. The cast also include Daniel Wu as Gillian’s boyfriend and Charlene Choi as Gillian’s school mate. Oh wait and WU MA! Wu Ma and Michael Wong, oh wait, yuck, sorry.

The movie definitely has plenty of replay value, so I rightfully believe it has earned its spot in this list.

Jackie Chan returns to one of his most popular films; The Police Story series. The original Police Story came around after Jackie being upset with his treatment on the American movie “The Protector”, so he returned to Hong Kong and made Police Story. Deja-vue 20 years later, I can’t comment whether he was happy or not with his series of Rush Hour movies, but he did return to Hong Kong and made “New Police Story”, playing the confident cop who looses his entire squad to an elite gang of extreme sport spoiled brats! Then falling down into a drink binge slump he teams up with young new-start cop Nicholas Tse to go get some revenge!

I have to admit I really looked forward to the movie and it met my expectations to a tee. I loved it!

After viewing the movie on several occasions, I do think this movie deserves its place in the list, if only to see the tremendous performance done by Andy Lau. Obviously this movie is a must see if you have only see the first two movies, as you can expect this movie completes the story, heck the ending credits start to roll as the first movie originally begins! Full circle people! Full circle!

The dream team of Jet Li, Andy Lau and Takashi Kaneshiro are put together into a remake of the classic Shaw Brothers movie; The Blood Brothers. The movie deserves a spot in this list for that plot alone!

The movie is brilliant though, highly detailed costumes and sets, jaw dropping battle scenes, if you think you’re going to be sitting through another bland two hour epic period war movie, you’re wrong!