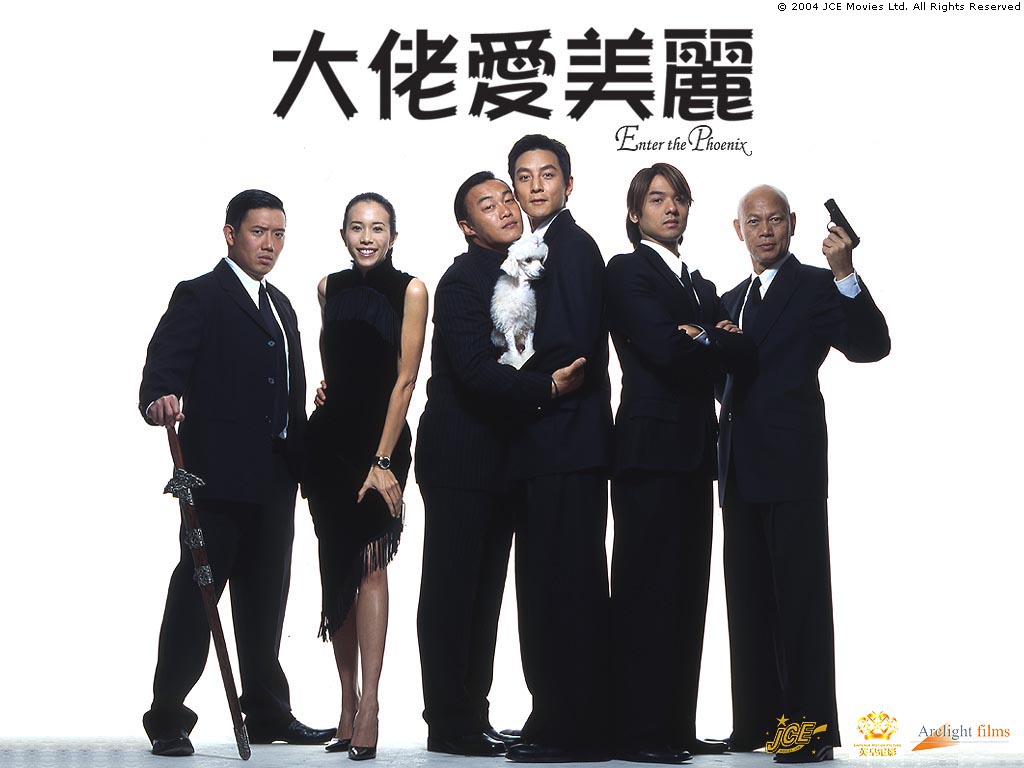 Ladies and Gentleman, I invite you to read this vast list of the best Hong Kong Movies from the past decade. Now let’s clear things up right away, the order of this list has been put together by myself and if you disagree with my opinion e.g. “What do you mean Second Time Around is better than Election: Volume 2!!?1?!!” that is your opinion, this is mine and now we can get on with the rest of our lives.

Some notable classics will be missing; obviously I haven’t seen every movie we were graced with for the past decade. If you do have the strong urge to voice your opinion, please leave a comment at the bottom of the page where I will most likely respond and say “UR RONG!!” on a serious note, I would love it if we did get some feedback

Over the remaining weeks I will post 5 articles of our count down leading us from the number 50 spot right down to the best damn movie that has came from this decade!

Now that we’ve gotten past the introduction onto the list! 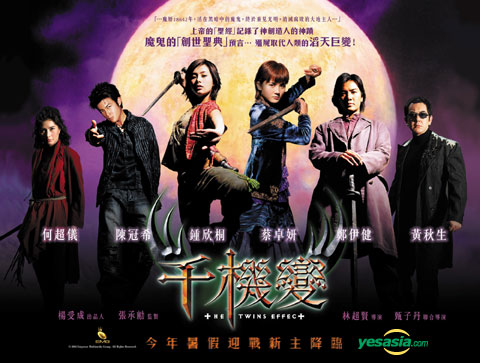 The Twins Effect provided me with my first taste of the Canto pop duo Gillian Chung and Charlene Choi. Many people will be thinking that, if Twins Effect is already in the top 50, we are screwed! But every movie I have chosen is worthy of it’s spot. This movie is simply a treat, it is pure sugary sweet pop corn! This movie doesn’t need a dark plot, it’s light hearted and has many appearances from industry veterans; Anthony Wong, Karen Mok, Josie Ho and Jackie Chan. They might of relied a little too much on some veterans when the movie was released internationally as “The Vampire Effect” with Jackie Chan on the front cover.

This movie would leave some people with a bitter taste in their mouths if they were expecting a Chinese Vampire movie, sorry Ekin Cheng get dolled up as Taoist priest. The movies action sequences are lighten fast and quick paced, as you can expect co-director Donnie Yen also worked as the action director.

The only Shaw Brothers movie to make it into this decade and man I loved it. The cast is a mixture of the old dogs; Gordon Liu and Liu Chia-Liang and the new breed with talented screen fighter Wu Jing and the lovely Shannon Yao. We get the old fashion training scenes with The Pops and of course we have drunken material arts, nothing could beat it at the time.

You have to admit that it is nice to see that Old School Martial Arts movies are still being made even today and there is still the talented breed of actors that can portray it. Also did I mention that Gordon Liu and Liu Chia-Liang fight? It’s awesome! 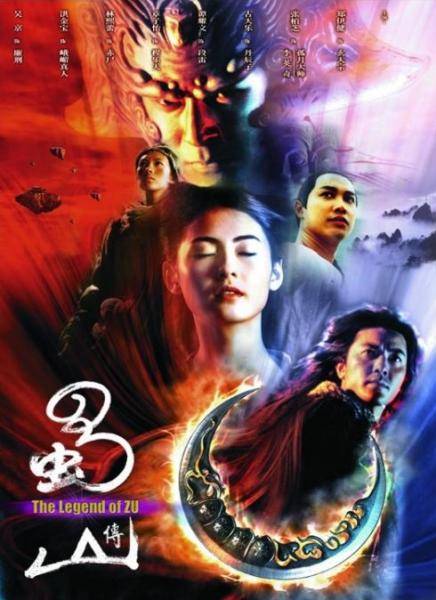 In the early 80’s we were introduced to one of the most amazing science fiction movies of it’s time starring Yuen Biao Bridgette Lin and Sammo Hung. Fast forward to 2001, director Tsui Hark delivers a sequel starring Ekin Cheng, Louis Koo, Cecilia Cheung and Sammo Hung. It was a great idea for the sequel to be made then, the technology is booming there is some amazing CGI, the duels where Ekin Cheng and Louis Koo are fighting evil versions of themselves is crazy! The movie is also choked with full with star appeal, we have Zhang Ziyi, Wu Jing, Patrick Tam, Kelly Lin and Lau Shun!

Easily one of the best Jackie Chan films to have came out this decade. It’s a known fact that most of the movies Jackie stars in over in America usually tend to be crap. Although when Jackie stars in a comedy in Hong Kong it’s always a hit! Jackie Chan is teamed up with a comedy veteran Michael Hui and easily one of the biggest stars coming out of this decade; Louis Koo. These three men are thieves who suddenly discover that they’ve been robbed themselves, they decide to take part in one last heist, kidnap the baby from a millionaire couple!

I can hear Ken rolling his eyes from bonny Scotland. Initial D to me is great, I’ve never had the stomach to watch any of these Fast and Furious movies, but this movie was awesome! This movie did receive some hype since it was based on the extremely popular Japanese Manga Initial D.

For those turned off by Jay Chou and Edison Chen, the movie does actually have a decent cast; Anthony Wong, Kenny Bee, Jordan Chan and star in the making; Shawn Yue.

I can also say this is probably one of the first movies where I found the international remixed soundtrack to be superior to the original soundtrack. If that hasn’t convinced you to close the web page, I thank you.

Francis Ng is crazy and now Ekin Cheng needs help from Leon Lai! This movie is filled with action, suspense and plot twists! I think Benny Chan done a great job, the complaint I expect from most people would prolonged ending a bit of a pain, but that’s their problem.

I can’t help but love the chase scenes in this movie, the shot where they’re on the ladder between buildings is brilliantly shot. 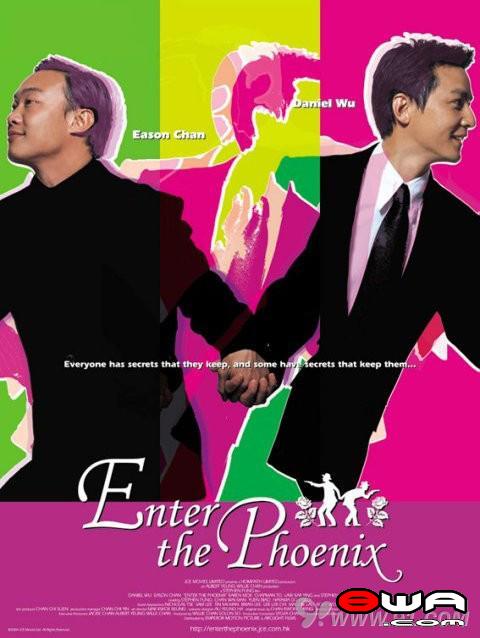 What can I say? Stephen Fung can make a great comedy? Daniel Wu & Eason Chan are easily the biggest stars of tomorrow? Daniel Wu is obviously the catcher? Wait, bad tangent!

Stephen Fung for once stepped behind the camera and created this excellent story of a head triad passes, thus leaving his son Daniel Wu next in charge,  although Eason Chen, his partner poses as Wu and takes upon the role of head triad! Let the crazy camp hi jinks ensue!

My co-hosts aren’t fans of this movie at all, is this why this is in this list? Am I just trying to hurt people? NO!

Tony Leung and Ekin Cheng are surrounded by beautiful women and salsa music, the end. Tokyo Raiders, not only sounds cool, it is cool! Tony Leung is Tokyo’s greatest private investigator, he meets Kelly Chen, who arrives in Tokyo chasing her unruly groom and following her is duped interior designer – Ekin Cheng. Paths cross, secrets get revealed and story unfolded. Also some nifty action sequences and stunts are packed into this Lunar New Year movie!

Nicholas Tse and Stephen Fung become buddy cops in the ultimate Sci-Fi Bromance. The movie sounds pretty pants, but it’s surprisingly good and quiet watchable. We get introduced to the concept of man and ghosts are one, why not let them work in the police force? Lau Kar-Ying provides plenty of wacky comedy moments and of course a heart breaking duel at the end of the movie can’t help but suck you into the flick.

Color of the Truth was a complete blind buy for me, I know that Anthony Wong and Gillian Chung starred in the movie and that was it. I was blown away with this movie, our leading man Raymond Wong was great, I wasn’t familiar with this bloke at all and he did a great job. The movie also stars Jordan Chan and the movie also has brief appearances from Lau Ching-Wan and Francis Ng. A very sold crime thriller that follows the bar for Crime/Thrillers that Infernal Affairs has set. Good job Wong Jing, atta boy!