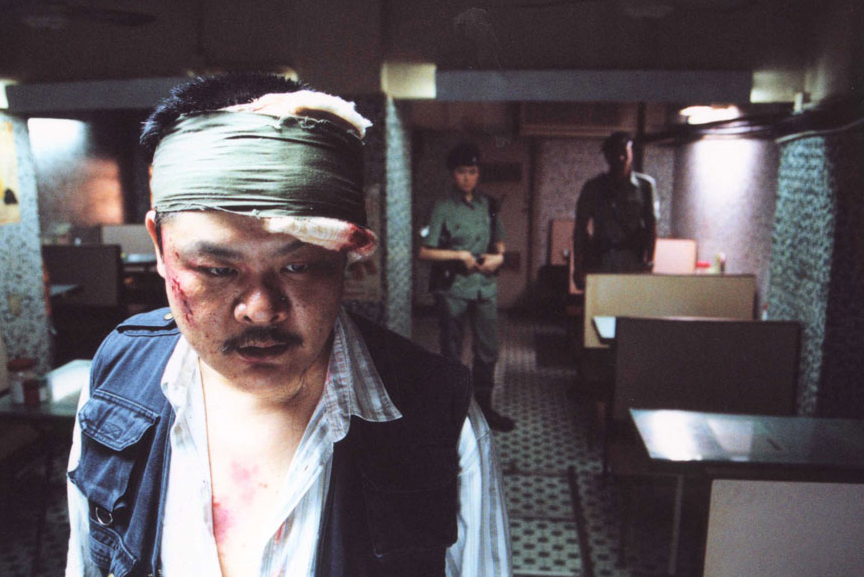 We’re at the half way mark. I’ve gotten my hoped for death threats, so these articles aren’t a waste of time. If you haven’t read the first part of this series of articles; Click Here and the second part can be found here; Click Here.

This part of the list has everything in it, Ekin Cheng! Donnie Yen! More Ekin and more Donnie! Find out were below. 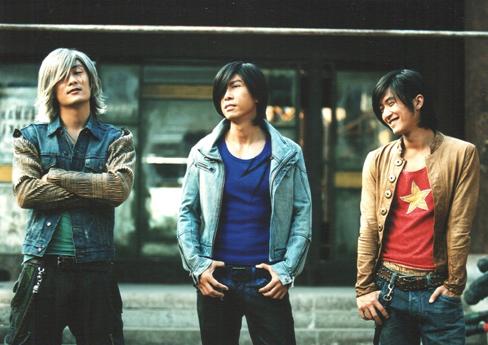 The ultimate test for Donnie Yen/Wilson Yip fans, DY&WY originally brought us Sha Po Lang which was a great film, a great success and everyone loved it. When Dragon Tiger Gate came around, Donnie Yen was dolled up so much, it looked as if they were trying to make him look the same age as his co-stars; Nicholas Tse and Shawn Yue (who dons a silver wig and a dodge scar! I believe it was a hair-straightening accident.). For many people going to see this movie, I  bet that they were skeptical whether this movie would be any good or not.

To be honest I have to say I fucking love this movie, the music, the camera work, the action sequences are brilliant, real adrenaline pumping stuff! When it comes to the fight scenes, it is exactly what you expect from a big box office comic book movie, lots of CGI, wires and hard landings! Shaw Brothers legend Chen Kuan-Tai also has a decent part in the film too! 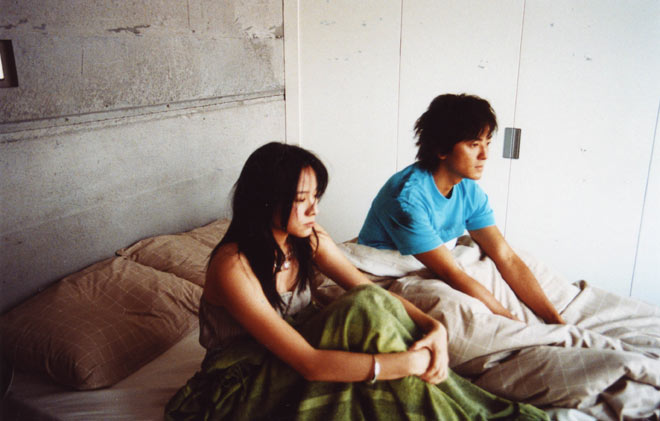 When it comes to Ekin Cheng romantic comedies that actually have some heart and emotion to it, I’m all for it.  It Had To Be You delivers! Ekin Cheng and Karena Lam both have one thing in common, they are the both in relationships with married couples! Unfortunately the relationships of these pair of cheaters don’t last.

This harmless romantic comedy also brings with it a great performance by Eric Tsang. 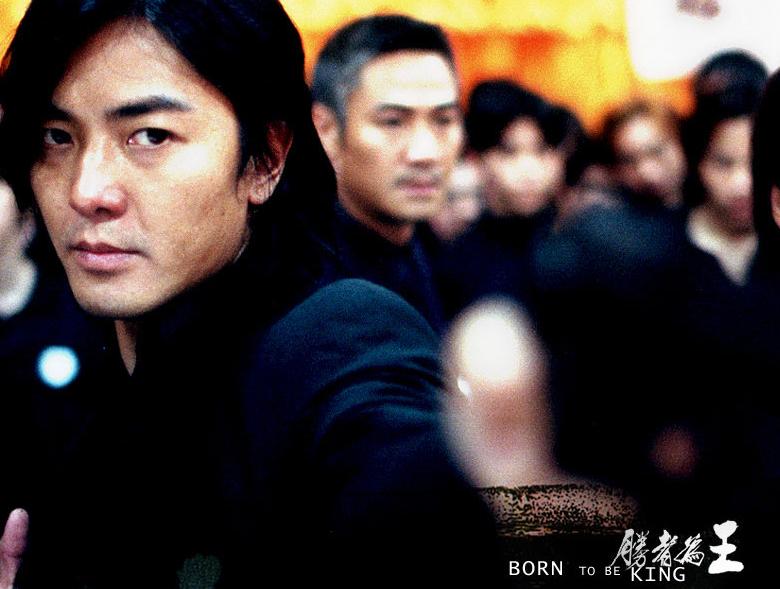 Okay, I would to see how many people have just rolled their eyes after reading the title of this movie. Yes, a Young & Dangerous movie has made its way into the top 50. Stoo must have written this list!

Fact is that Born To Be King is close to being one of the best Young & Dangerous movies made as well as the last Young & Dangerous movie to date. The story focuses on Jordan Chan’s character, who is one of the leading triads in Taiwan who is taking part in an arranged marriage to the daughter of Sonny Chiba, a leader of a very powerful group of Yakuza’s, thus creating a everlasting bond between the two societies.

Ekin Cheng’s character is mixed in with a failing relationship with Shu Qi when he discovers a woman who looks identical to his past girlfriend played by Gigi Lai. It’s awesome, you know it is. 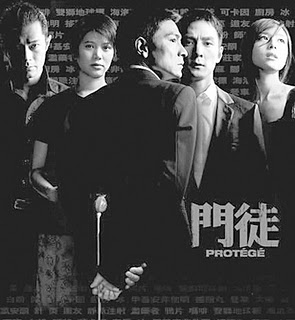 This film is evil man! Andy Lau plays a triad kingpin who is on the verge of retiring and Daniel Wu plays his protégé but he is actually an under cover cop ordered to take Lau down! Can’t help but love those cliche story-lines.

The movie has many great scenes; Andy Lau in the cubicle at the end can shock you to the core and the crazy drugs bust where some poor bastards hand looses a fight against a hammer!

Tsui Hark delivers what could be his first installment of the “Seven Swords” trilogy, set in 1600 Manchuria. The movie is a homage to Akira Kurosawas movie The Seven Samurai, one similarity being an epic running time (153 minutes of Donnie Yen, baby!) Donnie shares the spot light with fellow cast members Leon Lai, Charlie Yeung, Sun Hong Lei and Shaw Brothers legend Liu Chia-Liang. I can easily watch the last hour of the movie on rotation. Mmm…  fantasy battle sequences! 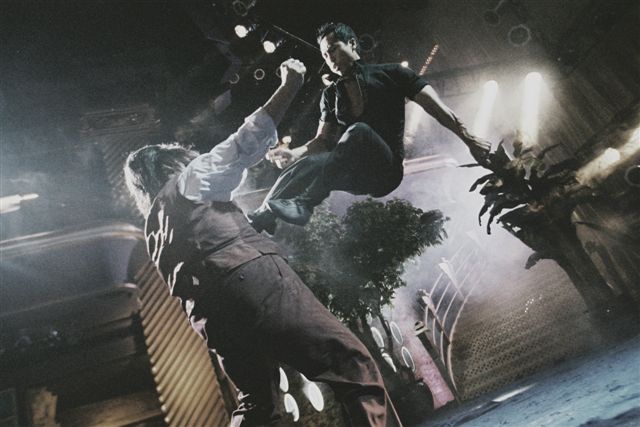 Wilson Yip makes a sure-bet with a hard hitting crime thriller starring hard boiled cop Donnie Yen going against stone cold triad kingpin Sammo Hung! It is a dream movie for some and for me!

The movie has a great assassin/revenge stylized storyline. The movies action is crazy, it’s the closest Hong Kong Cinema has gotten to if you had to compare the hard hitting action to the movies Tony Jaa is starring in. The battle between Donnie Yen and Wu Jing with the police baton is crazy! The finale duel between Donnie and Sammo is hardcore! This movie easily earns a spot in the top 50. 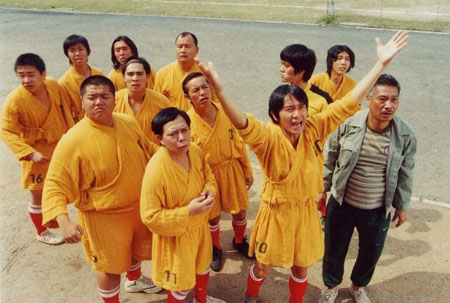 After my first year of collecting Hong Kong movies, my first introduction to Stephen Chow was sent to me via a bootleg VCD that didn’t really work. When finally seeing the film I looked like a grinning idiot! I had never seen such slapstick comedy in Hong Kong movies, it was a fresh concept and it was executed brilliantly.

Who would think that combining Shaolin martial arts with soccer (aka football for us Brits) would make an awesome comedy? Not to mention another awesome soundtrack which features both Andy Lau and the score from the Lion King?!

Benny Chan and Ivy Ho deliver a great crime thriller telling the story of a cop on the brink of a mental breakdown of his missing partner, we have the handsome lawyer and the cold assassin! The Chinese title for this movie is; three forked road so as you can expect these three characters all end up at the same place sooner or later.

With the cast of Aaron Kwok, Ekin Cheng, Daniel Wu and Angelica Lee the movie can’t help but be oozing with star appeal. We get dramatic chase scenes involving Aaron and Daniel as well as an assassination attempt! With guest appearances from Eric Tsang and Sam Lee it just adds more confidence to this great movie. 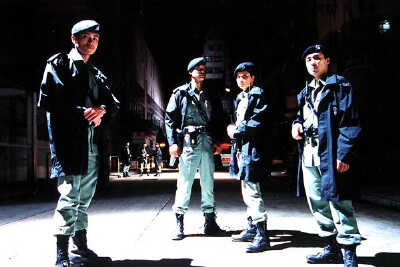 One of the Johnnie To movies I had for nearly a year and still never watched it. Obviously you can guess I was pretty pleased when I did finally get around to see Simon Yam and Lam Suet doing their best performances to date. The story of the missing pistol is set in the dark streets of Hong Kong and man is it awesome.

Wong Kar-Wai finds his place in my top fifty with one In the Mood for Love, the movie where Maggie Cheung and Tony Leung oozed class and sophistication. The story is a slow burner and even frustrating but ultimately turns out to be very satisfying. The soundtrack to this movie is equally amazing, it transfixes you, almost hypnotizes you, just like Maggie Cheungs strut! Woof! Sorry I had to bring the class back down by the end of this article.

Born to be King Divergence Dragon Tiger Gate In the Mood for Love It Had to Be You! PTU Protege SPL Shaolin Soccer The Top 50 Hong Kong Movies of the Decade