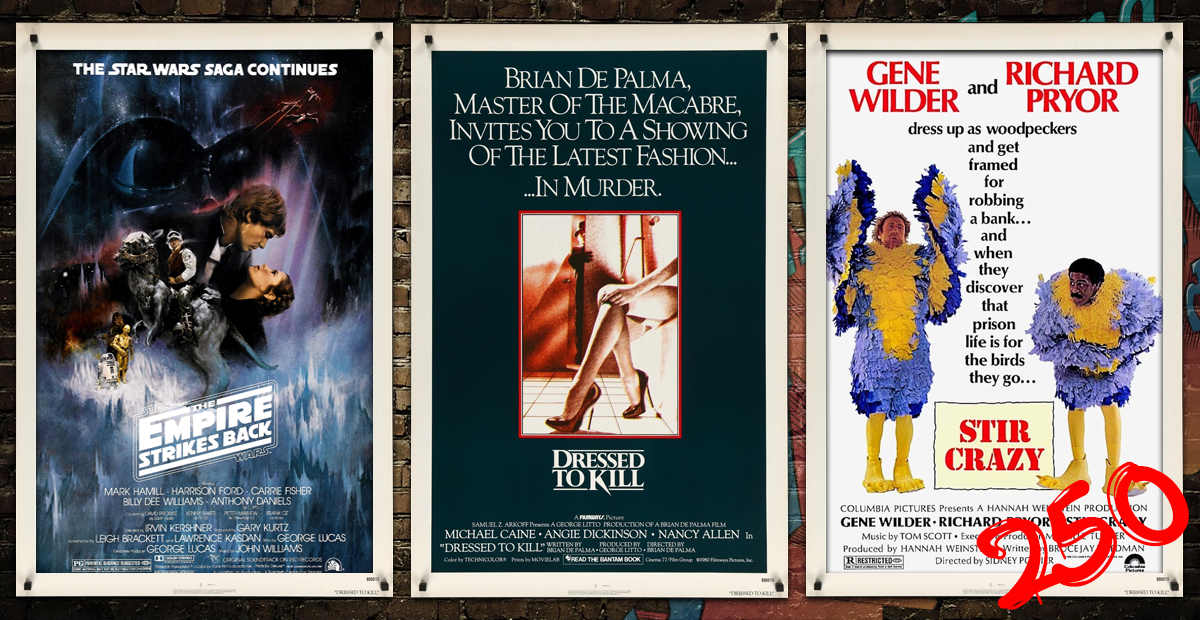 Stoo and Magic Mike celebrate episode 250 with a triple bill of movies hitting their 40th anniversary this year. Enjoy! 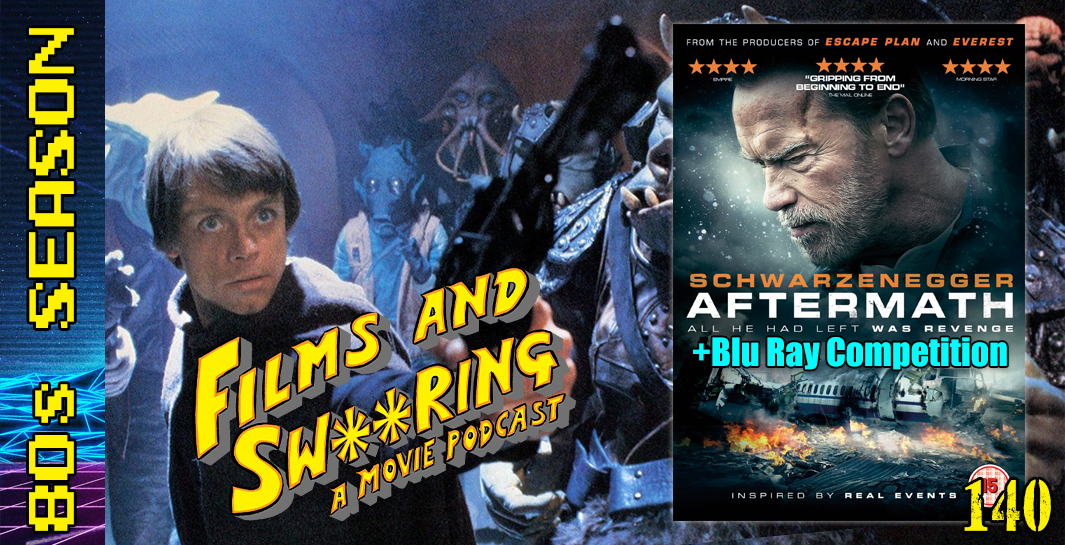 Alright Jedi! 80s Season continues w/ Star Wars: Episode VI – Return of the Jedi (1983). Our 80’s Season will spread across 10 episodes with us covering a movie for each year of that decade. We pick four movies and send it over to our Twitter audience to decide which movie we review next! Be part of the action and follow us on Twitter. Cheers!
AFTERMATH COMPETITION: In the opening of the show we reveal that we’ve been gifted two copies of Aftermath on Blu-Ray! Schwarzenegger is back in Aftermath, based on the shocking real life story of a man seeking vengeance on the person responsible for an air crash that killed his family. Starring Big Arnie, Maggie Grace & Scoot McNairy.
To win a copy, listen to this weeks episode and tell us: WHAT WAS THE LAST ARNIE MOVIE THAT MIKE HAS SEEN? When you find out send us a Message on Twitter or our Facebook. Winners will be revealed on Monday 19th June.
For Our Patreon audience (11 minutes extra), we talk about Richard Marquands directing career, Show Outtakes and Amazon 2 Star Reviews. For $1, you will get full access to this and dozens of other extended episodes, Wrestling commentary (NXT: TakeOver), Patreon exclusive podcasts (Alien: Covenant) visit our Patreon Page (they take paypal *thumbs up*).
Contact the show on our Facebook page, Instagram and Twitter (@FASPodcast) and SUBSCRIBE to our iTunes feed (Leave a review too if fancy it!). Music courtesy of Androz (“Anthrax Style”) and thanks to Stu and our listeners for tuning in and for letting us fill your lugs in. 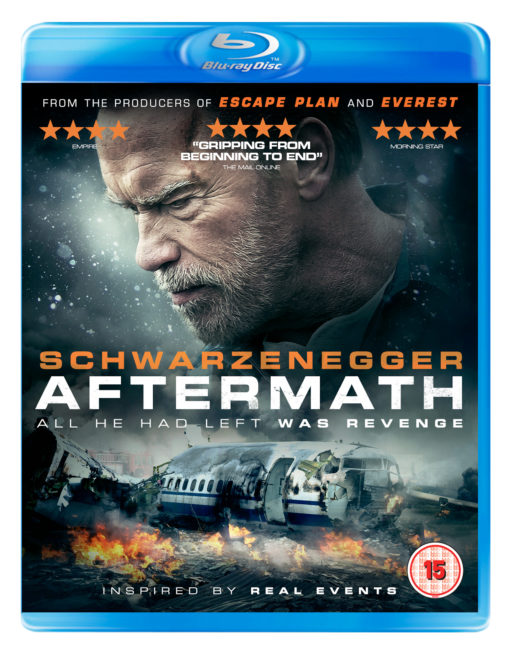 On the run from the evil an corporation, researcher Dr. Segawa  – is in possession of the Guyver; a space-age alien technology which can transform man into a futuristic kung fu fighting machine with superhuman strength.

When Segawa  is caught and killed by a mutant creature at the behest of Chronos Corporation, he out smarts them  by managing to stash the Guyver before his untimely demise.

Meanwhile Segawas daughter, Mizky (Vivian Wu) is informed of her fathers death a rogue CIA agent Max Reed (Mark Hamill), Reed has his own theories about Chronos and Segawa s involvement with the Guvyer. When driving to the site of her fathers death, they are unknowingly tailed by Sean (Jack Armstrong), the dim boyfriend of Mizky, who is under the impression that Max is trying to woo his girl, whilst spying he accidentally discovers the Guyver.

Sean, Mizky and Max now find themselves the next target of the Chronos Corporation and their group rag-tag group of mutant henchmen.

Man! The Guyver was nuts! How did I not know about this film prior to the Blu-ray release from Arrow Home Video? It is the perfect blend of mental make-up and prosthetic effects and campy acting and martial arts to mould the perfect 90’s B-Movie – something Canon would be proud of.

It’s a fun story and I was impressed with the costumes and effects, but I feel I probably would have loved this x10 back when I was ten. The mixture of that 90’s vibe; the music, editing effects and storyline would have made for a badass Sega Megadrive game.

I should have been well aware of that I was going to be in for a crazy viewing experience when the directing credits are by special-effects masters Screaming Mad George and Steve Wang. Whilst it is a fun action romp, it is fairly dated – surely there is clearly a following, whether its solely about Yoshiki Takaya’s manga or if there is a large following for this film – it’s a surprise to me. This rings true as a feature which should probably remained in the 90’s alongside VHS cassettes.

Arrow Home Entertainment honoured The Guyver with a blu-ray release in December 2016 delivering their usual high standards of presentation with a new digital transfer of the Director’s Cut, Original uncompressed audio and thankfully (because I’m a bit deaf!) English subtitles for the deaf and hard of hearing (again, me!).

Ladies, Ladies, Ladies, Stoo and Swearing Andy are in the hizzouse! Yes, we are in the same room, recording a podcast no less! Become chestly blessed and download the latest episode of Films & Swearing where we recite the dialogue of Jay and Silent Bob Strike Back (2001)! Let us know if Joe from Marvel is treating the Diamond Robbery girls to some thick Sicilian or no!

Shout outs to Mass Moviecide UK and The Old Boys Podcast for reaching 1 year in Podcasting.