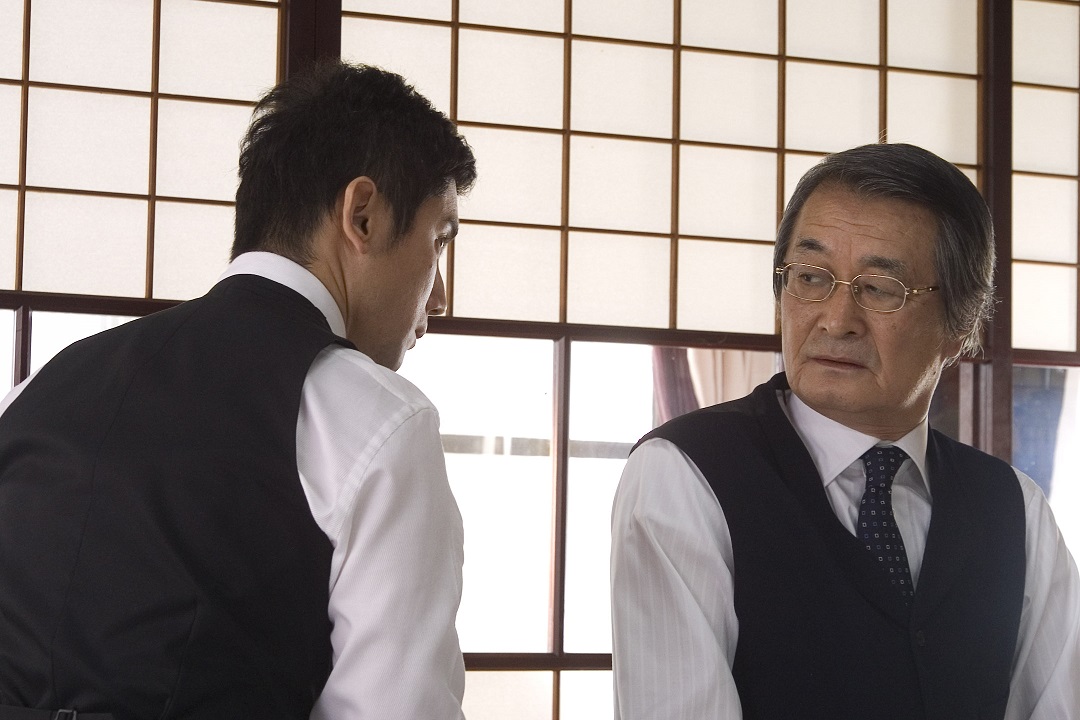 Departures tells the story of Daigo Kobayashi, a cellist whose life is turned upside-down when his orchestra disbands leaving him unemployed. He and his wife give up their city life and return home to Daigo’s childhood home in search of work. Whilst browsing, Daigo finds an advert for a job in Departures.

When hired within seconds, a bemused and befuddled Daigo wonders what he’s gotten himself into? A travel agency? No. Daigo is now the encoffinment business and cousin, business is booming! Daigo is on the course of becoming one of the men responsible for cleansing and dressing the dead prior to their funeral, a ceremony which is carried out in front of the grieving family, nonetheless.

In Japanese culture encoffinment is looked down upon, seriously –  the neighbourhood drug dealer appears to get more slack than our Daigo. The thought of handling a dead body comes across as a low profession.

Director Yojiro Takita sheds light on an ancient ritual that is completely foreign to audiences outside of Japan (I’d imagine). Diagos journey in encoffinment is a roller coaster of muffled laughs, unbelievable frustration and sobbing forgiveness. It is certainly roller coaster of emotion for us the viewer and the films characters.

A beautiful key element to this film is the score, the music is handled by the famous Japanese composer – Joe Hisaishi, his widely recognised work comes from the Studio Ghibli catalogue of films. The mixture of his score and Diago playing the Cello really sets the tone to the journey his character is set on.

Arrow Academy releasing Departures on DVD and Blu-Ray celebrating the films 10th anniversary, we received a copy of the DVD for review. The special features include a thirty minute Behind-the-Scenes/Making Of, which could have been a special feature from its original release – it is a mixture of cast interviews and a female narrator explaining how they made the film – pretty standard.

We’re also given footage of the Encoffinment procedure which is played in the background of the closing credits. This feature has the scrolling credits removed and lasts for 13 minutes. Other special features include trailers and a photo gallery.

Overall it’s a wonderful film, the DVD release is a little weak if they were celebrating the ten year release – the special features are identical on the Blu-Ray. So yes, a great little watch if you have never seen this Oscar Award Winner, own it already? I wouldn’t bother upgrading. 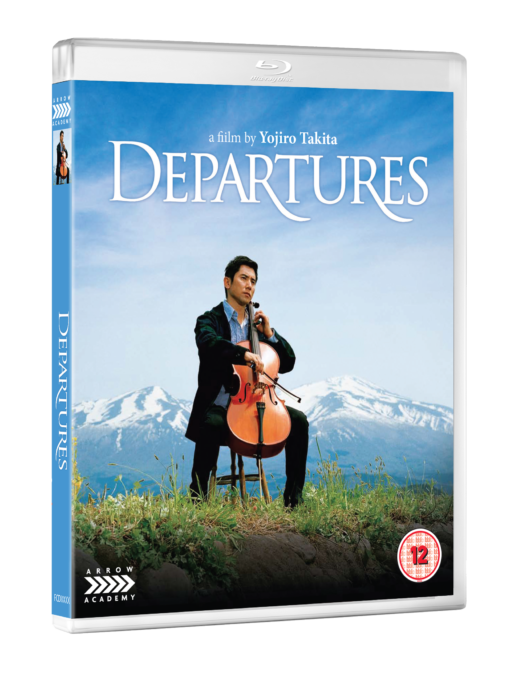