The Villainess is portrayed in the form of Sook-Hee, a deadly female assassin who is recruited by a secret organisation and is transformed into a sleeper agent the government. She is given a new life, but just as things are starting to settle down, faces from her past live suddenly become targets in her new life.

This South Korean actioner had everyone talking over the late summer of 2017, the trailers gave the impression of South Koreas answer to John Wick. Does it deserve the comparison?

The Villainess is a great genre action movie to come out of Korea, it stands out from several other titles that captured the worlds attention in the last two years (Train to Busan, Age of Shadows, The Handmaiden etc.), the mental action sequences and the variety of them are commendable – leading lady Kim Ok-bin (Thirst) is impressive as well as growing screen veteran Shin Ha-kyun (Save the Green Planet) – another very welcomed face in Korean cinema, he is an instant bonus to any movie that he’s cast in.

The action is the biggest issue for me, which is a shame – as this is a full on action film with shades of Hardcore Henry (first person) and Crank (the erratic and overly excited camera work), but man, I really wish they did not bother trying to make the action sequences so, for the lack of a better term – fast and furious.

The camera appeared to switch between first person (through eyes of our hero) to an over the shoulder position, which allows several stylish edits as they fight through room to room – but it is so smooth it just comes across as overly polished, as it was just a clever tool on some editing software.

I would have loved to seen the opening action sequences from another angle, because it’s A LOT of action, if they did it from a side angle, like a wide shot of Soo-hee tearing through a bunch of goons in a corridor ala Oldboy or hell, even John Wick, those action sequences from the first film really showed you that you do not need 30 quick edits in an action sequence.

Right, that’s my grip with the action – now the story is good when it gets going, there is some genuinely surprising twists to the story, the film takes a step back and it turns into a sweet story about an affectionate neighbour who is earnest on how he can win Sook-hee’s heart, but her past comes back to haunt her in jaw dropping twist.

We were lucky enough to receive a copy of the Arrow Home Video DVD of The Villainess for this review, the special features on the DVD include a feature length audio commentary and a trailer. The commentary is from the two gentleman who helm the Arrow Video Podcast, Sam and Martin – the pair are enthusiastic and have several film recommendations throughout the commentary whilst breaking down the film and supplying us with information on the cast and crew featured.

The Villainess is available on DVD & Blu-Ray from 30th October, released by Arrow Video. 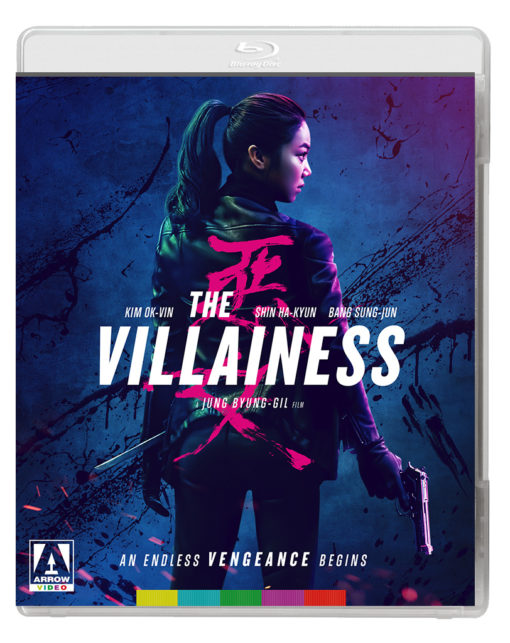