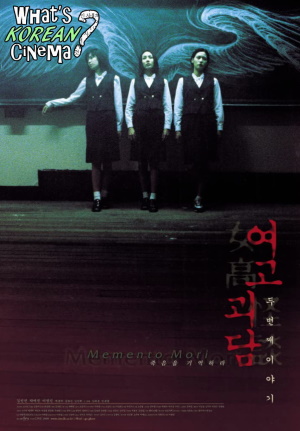 The Whispering Corridors-series had wind in its sails commercially but rather than do a year later in the same all-girls school follow-up, the makers decided to create a thread for the series based on similar setting and supernatural elements but not story. So for 1999’s Memento Mori, spooky and heart-breaking stuff is back but also something controversial. With Kenny B and Paul Quinn of Hangul Celluloid.