Podcast On Fire 292: Legacy Of Rage 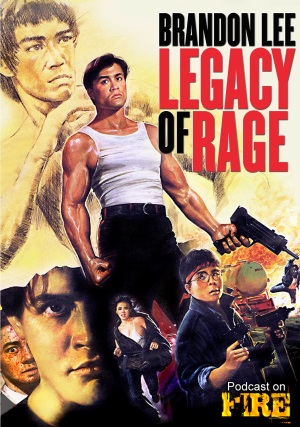 The man with the lack of Cantonese (and according to some, acting ability) but present in classic Hong Kong cinema, Michael Wong has built his image over the years, hitting it big as an SDU officer in the 90s before finding the airways of love. In this series we take a look at 9 of his movies to determine statistically whether he’s any good or not. Therefore, will he be Wong or Wrong in the end? For the opening episode, we’ll be taking a look at a movie where his co-star got the most attention though as son of Bruce Lee Brandon Lee makes his Hong Kong action debut in 1986’s Legacy Of Rage. With Kenny B and Phil G of Eastern Film Fans.