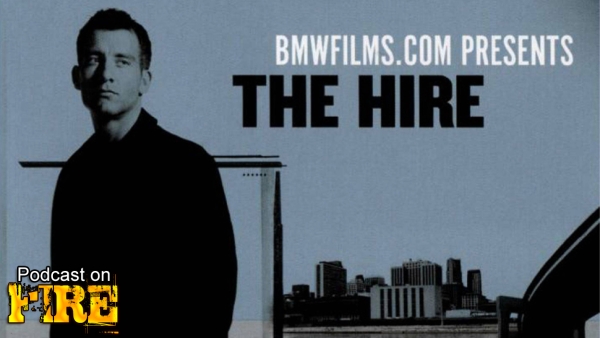 In 2001, BMW released a series of short films for the internet starring Clive Owen. Showcasing their chosen models of cars but also giving said directors the freedom to inject their style and voices, across 3 seasons, this included Asian talent such as John Woo, Ang Lee and Wong Kar-Wai and over the next two episodes we’ll be looking at the in total 9 shorts, starting with the first 5:

Ambush by John Frankenheimer, Chosen by Ang Lee, The Follow by Wong Kar-Wai, Star by Guy Ritchie and Powder Keg by Alejandro González Iñárritu. With Kenny B and Paul Fox of the East Screen West Screen podcast.