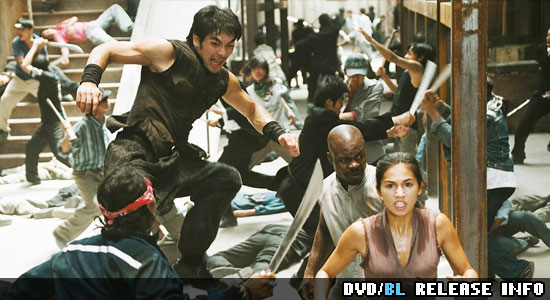 Get your running shoes on, director Julien Seri and the members of theYamakasi return to the screen with Sons Of The Wind: Bangkok Ninjas, this time shifting the relentless action from the Paris suburbs to the rooftops of London and Bangkok. Produced by the team behind District 13.

Manga Entertainment set to release Sons Of The Wind: Bangkok Ninjas on July 26th and it looks pretty good, have a gander at the plot;

When a group of French free-runners decide to move from Europe to Bangkok to set up a training school and gym in the Thai capital, they get more than they bargained for when they encounter a gang of Thai athletes and martial artists who have chosen to betray their heritage by pledging allegiance to a powerful Japanese Triad leader intent on gaining control of the city’s underworld.

Hopefully a full review will be provided soon! Have a look at this trailer in the mean time.