Podcast On Fire 328: Fun And Fury & With Or Without You 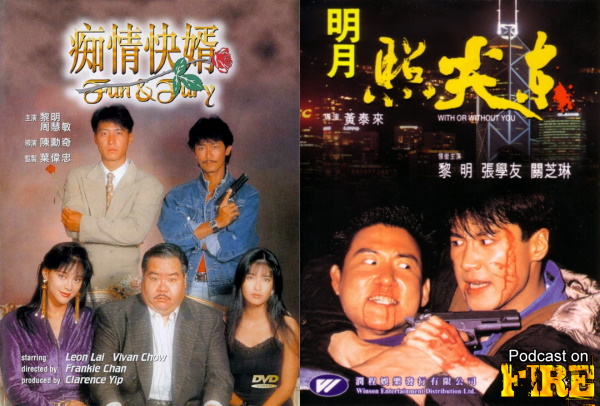 After having no real action requirements placed on him in Fruit Punch and Wicked City, Leon Lai has to go to action-work in Frankie Chan’s Fun And Fury. Also, Leon and Jacky Cheung fight over the affection of Rosamund Kwan as cop and triad respectively in With Or Without You. With Kenny B and Phil G. END_OF_DOCUMENT_TOKEN_TO_BE_REPLACED

Podcast On Fire 326: The Iron Fisted Monk & Carry On Pickpocket 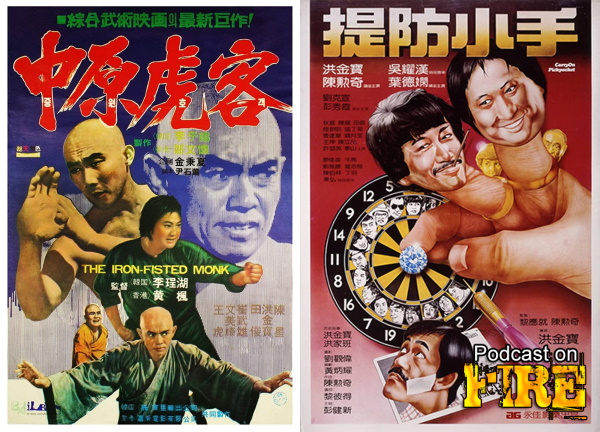 After setting a tone for martial arts choreography in the 70s, Sammo Hung continued to do so as a director and it starts with 1977’s The Iron Fisted Monk.  We then jump forward to 1982’s Carry On Pickpocket and into the modern age where Sammo’s stamp on action finds its place. With Kenny B and one half of The Lager Logs, our dear friend and creator of the Podcast On Fire Network, Stewart Sutherland. END_OF_DOCUMENT_TOKEN_TO_BE_REPLACED

In the town of Fut Shan was know for three things it’s paper craft, The Big Budha & Leung Chang (Yuen Biao). Leung Chang comes from a wealthy family and was keen on the ‘old martial arts. He practiced under many masters, but he never met his match, quoted as the ‘Street Brawler’. Being waited on by hand and foot by his personal assistant (Peter Chan). Although he isn’t that great…actually he isn’t great at all. His parents are too over protective and lets his personal assistant fix all his fights, by paying them a healthy some of taels. After finding out that his brother had gotten fooled by a member of the traveling Peeking Opera ‘Leung Yee-Tai’ ( Lam Ching Ying). Leung Chang can’t let his family down so he decides to teach this Leung Yee-Tai a lesson. After being having this secret revealed to him by Leung Yee-Tai, Leung Chang looses it and confronts his masters and looses to them easy. END_OF_DOCUMENT_TOKEN_TO_BE_REPLACED