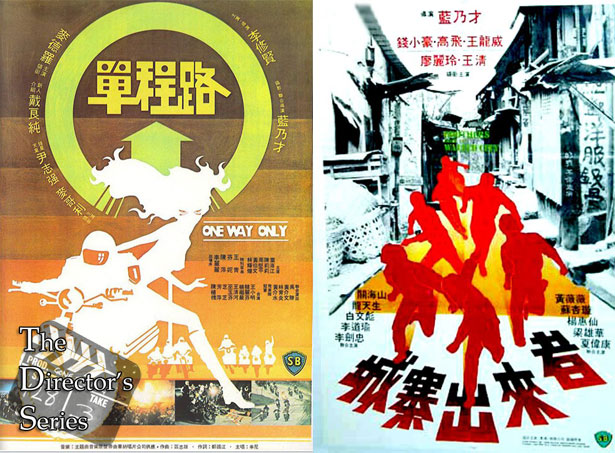 Welcome to the debut of The Director’s Series where we try and expand your knowledge (if you want it that is) of directors you may love via only one movie, may love via multiple movies but don’t know the name to put next to that love. Starting with Nam Nai-choi, the director of Story Of Ricky, Ken and David go back to the very beginning and examines Nam’s first two movies as director (at Shaw Brothers to boot). Expect talks of Nam himself, Danny Lee, Chin Siu-ho, Phillip Ko and Johnny Wang.

Plot: When two monks are expelled from Shaolin Temple, having been in the temple since they were children they find the world outside the temple very different. Zhang Jun-Bao (Jet Li) is young and naive, where as his kung fu brother (not blood) Dong Tian-Bao (Chin Siu-Ho) strives for success at any costs.

When trying to adjust to their new lives they befriend a female pickpocket named Little Melon (Fennie Yuen). She introduces them to a group of antigovernment rebels, which include a bunch of towns people, a crazy taoist priest and a broken hearted young woman. END_OF_DOCUMENT_TOKEN_TO_BE_REPLACED

not sure if I should use a capital o for Of

Plot: Ah Dan (Robert Mak) is a delivery boy who being challenged by billionaire business man Mr. Cui Tung-Sing (Chen Kuan-Tai). They have made an agree if Ah Dan and his mates could steal the billionaires rolls royce they can keep it, but no sell it. But if they loose they need to fork over $50,000 to Mr. Cui

Ah Dan and his three mates Ho Guan (Chin Siu-Ho), Cuttlefish (Chiang Kam) and Superman. Attempt to come up with clever schemes to steal the car from Cui. The plans go from dressing up as a woman crying over her dead cow to pretending to kill a group of security guards and throwing their limbs and heads around. Heck one of the so called ‘guards’ ends up writing ‘Take Care, Farewell’ with his own guts.

But they still managed to be out done by Mr. Cui. With only two days left the gang are running out of hope and luck! END_OF_DOCUMENT_TOKEN_TO_BE_REPLACED

Plot (HKL Edition): Inspired by Pu Song-ling’s legendary collection of horror stories in Liaozhai Zhiyi, ‘Mr. Vampire’ is a multi-leveled, kaleidoscopic action-adventure which combines the supernatural, elements of black comedy and award-winning action in one of the most successful Hong Kong pictures ever made. END_OF_DOCUMENT_TOKEN_TO_BE_REPLACED

Budding martial artist, Chen Zen (Jet Li) returns to Shanghai after hearing the news that his teacher died. His teacher died in a challenge match against a Japanese Solider, Akutagawa Ryuichi. After returning to the Jing Wu School (which was ran by his teacher) and finding out the whole story from Hou (Chin Siu-Ho), Chen goes to challenge Akutagawa himself.

Upon his arrival at the Japanese School, Chen starts brawling with the students training after they refuse him to see Akutagawa. After single handedly defeating the students, Chen is confronted by Akutagawa and Chen soon defeats him easily. Chen couldn’t believe that his Master would have lost to someone obviously weaker than him, Chen questions that he could have been poisoned.

Chen digs up the body of his master has a doctor perform an autopsy on him. The tests soon show that his master was poisoned. Now Chen must find out who poisoned his master and why…

Chen is also dating a women in this film, to make things worse she is Japanese and Chens family at Jing Wu aren’t happy to see her. His girlfriend, Mitsuko Yamada (Shinobu Nakayama) is the niece of Funakochi Fumio (Yasuaki Kurata). Funakochi is friends with the twisted general Fujita, although he highly against the believes of the general.

Now to the facts, most of you should know this is a remake of Lo Wei’s Fist Of Fury, which starred the fighting legend, Bruce Lee. This time Jet Li has taken the role from Bruce. So who’s better? Bruce or Jet? for some reason I felt that Jet Li’s character had more impact although Bruce created ‘Chen Zen’. Plus adding Yaksuaki Kurata to the movie was a great idea, I really enjoyed his performance, his battle with Jet was fabulous and memorably.

The Action was very hard hitting making use of one feature which isn’t used very often, dislocation. In Jets opening scenes he is fighting off a group of unruly Japanese students. He manages to dislocate, ankles, jaws, shoulders, arms etc. This is very new, I still haven’t seen such films where this is used regularly. Now the battles are great, Jet Li vs. Chin Siu Ho, Jet Li vs. Yaksuaki Kurata & Jet Li vs. Billy Chow!!

Final thoughts. A ground breaking Jet Li flick, although Miramax have been known to for changes the film, with extensive change in the dialogue, the music and I think five minutes have been cut out too. So all I want to see now is the actual Hong Kong Release of Fist of Legend!!! 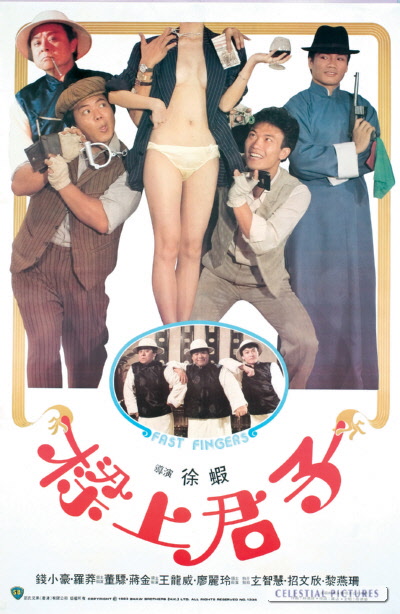 Plot: Two young pickpockets – Qiu (Chin Siu-Ho) and Cheung (Chiang Kam) are reunited with their teacher, Uncle Bill (Bill Tung) after he’s finished his jail sentence. Usually when you get out of jail you say to yourself “that’s it, starting a clean slate, no more pick pocketing for me!”, but not our Bill.

Being out of Jail for not even a hour Bill manages to get three purses, right before lunch. Although he and his two students find themselves being stalked by the local police captain, Captain Wai. Yet when they find themselves in a sticky situation with the law, they are thankfully saved by Bill’s daughters – Yuan and Xiao Ji. Especially since that the Captain is very fond of Yuan.

Things begin to run smooth for this family until one night when Bill, Qiu and Cheung are at a local casino, Qui over hears that the club owner, Dragon (Wang Lung-Wei) is planning on assassinating Captain Wai’s associate – Captain Tie. After discovering that Tie knows who is running the opium trade in town…

The next day Tie goes to a meeting at the Huaguo Hotel, but its trap. Tie ends barely surviving a bomb in his hotel room. Now Tie is in hospital but Captain Wai, Bill, Qiu and Cheung plan to keep watch on Tie to stop further assassination attempts from the deadly Dragon.

Review: The elements of Pickpocketing, Kung Fu and Bean Curd make a pleasent funfilled 93 minutes in my opinion.

Chin Siu-Ho is great in his movie, he shows off some great kicks, flips, stunts and a dodge perm. With the great action it makes the viewing of this movie even better. I was also impressed with the martial arts from Lo Meng and Wang Lung-Wei! Billy Tung shows off some good moves but I guess for a man his age we would have been doubled for his flips and throws.

Guest appearances? Tai Bo makes an comical appearance as the local troublemaker whose either getting beating up by girls or loosing all his money to Uncle Bill. Also in the introduction scene of Wang Lung-Wei’s character you get to see a close of a young Chin Kar-Lok as a karate student.