Shown as part of the Visible Secrets season at the Manchester Cornerhouse, Anna & Anna is a movie about what happens when Anna played by Karina Lam crosses paths with an alternate version of herself.

In the leaflet that I picked up about this season of movies, it mentioned that Karena Lam features more than any other performer. Well they were not wrong; she is in three of the four movies which I have the honour of reviewing. In each movie the impression I get is that the film crew absolutely adore Karina, the camera is more often than not, right in her face for long sultry-eyed shots where she gets away with barely saying a word. Not content with one Karena to drool over this movie features two of them with longer, lengthier silences which seem to last an age. Someone please yell cut for god’s sake! Anyway I digress, the point I would like to make here is that her omnipresence must mean that she is something of a star. Whilst watching this movie I had the tenuous thought that all stars at some point make a movie in which there are two of them (or more if you count Michael Keaton in the shite that was Multiplicity). Usually it is action guys like Jean Claude, Arnie and Jackie Chan that get to do the whole twin thing. But for its slow, considered, artfully shot shenanigans can Anna & Anna offer us anything more to think about than the slap-fest Twin Dragons? Read on to find out. (For those of you with less time to spare the answer is no.) END_OF_DOCUMENT_TOKEN_TO_BE_REPLACED 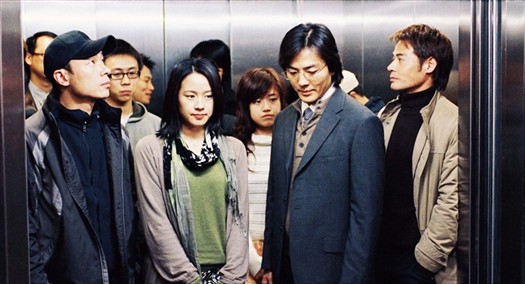 The movie begins with Tom (Ekin Cheng) dropping his closest co-workers home at the end of a shift. They are essentially a motley crew of typicals; the old grumpy one, the office bimbo and the nervy geek. And then there is Pearl (Karina Lam) who is last to arrive home. Whilst sat in the car, Tom takes this opportunity to tell Pearl that she is a great employee and deserves a better job working for someone else. What he is really saying here is that she should take a hike because the mutual office flirting could screw his marriage up; Pearl doesn’t take too kindly to this. END_OF_DOCUMENT_TOKEN_TO_BE_REPLACED 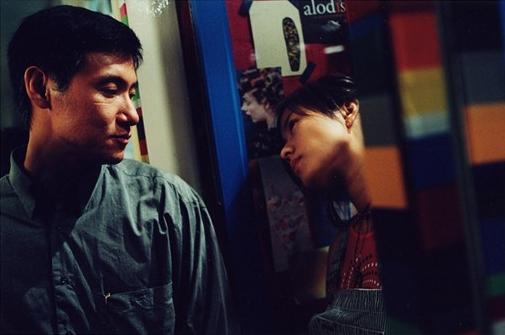 Jackie Cheung plays Lam, a literature teacher who has a lustful admirer in the form of his pupil Wu, played by Karina Lam. Despite his own understandable misgivings, Lam concedes that he has also developed a thing for Wu. Meanwhile it turns out that Lam’s wife, played by Anita Mui (also mother to their three sons) has a dark secret which is dragged to the surface when her school old teacher becomes ill with cancer. END_OF_DOCUMENT_TOKEN_TO_BE_REPLACED 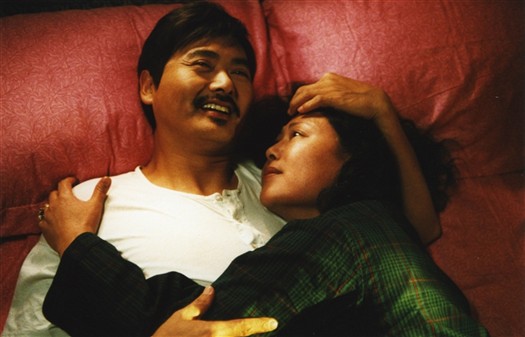 The tenacious “Aunt” of director Ann Hui’s 2006 film is something of a middle aged battle-axe at odds with the ever changing sprawling city of Shanghai in which she lives (Ye Rutang played by Gaowa Siqin) we join her meeting her nephew Kuan Kuan at the train station. He soon finds his aunt to be something of a weirdo; she lets her birds fly around the flat, has an empty fridge and no mobile phone. Ergo he decides not only to escape her tenacious ways but also to fake his own kidnapping for financial gain. What happens thereafter to the poor Aunt are a series of tragic, events in which characters drift in and out whilst attempting to con “Aunt” Ye Rutang out of her money. For the first half of the movie these events are interspersed beautifully with comedy then things all get a bit too much for Ye Rutang and she retires to live with the afore-mentioned nephew in a smaller industrial town in Manchuria. END_OF_DOCUMENT_TOKEN_TO_BE_REPLACED

With Red Cliff on release in the cinema, perhaps it’s a good time to dust off John Woo’s other swordplay (or wuxia) movie The Last Hurrah For Chivalry.

The movie essentially concerns two hired killers, one semi-retired (Wei Pei) is poor, honest and has refused to draw his sword for years, the other played by Damien Lau is an wine-sploshing acoholic whose every line of dialogue reads like the kind of poetry you might find in clintons (yes, the greetings card shop). After a friendship is formed both men decide to help a sinister and suspicious looking merchant to avenge some deaths and personal insults. The man they must kill is a deadly kung-fu master played by Lee Hoi San. END_OF_DOCUMENT_TOKEN_TO_BE_REPLACED