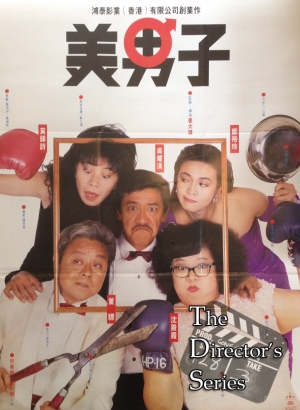 We continue analyzing the filmography of martial arts superstar turned director David Chiang and past wacky Wuxia parody and comedy slasher hybrids, we find Chiang in a latter 80s half of Hong Kong cinema. Producing frequently and more even-termpered as he lets Bill Tung and Lydia Shum mostly lead his straightly made frames. If that’s a good thing or not, find out as we take a look at David Chiang’s Mr. Handsome.

The Director’s Series 15: David Chiang – The Legend Of The Owl & Heaven Can Help 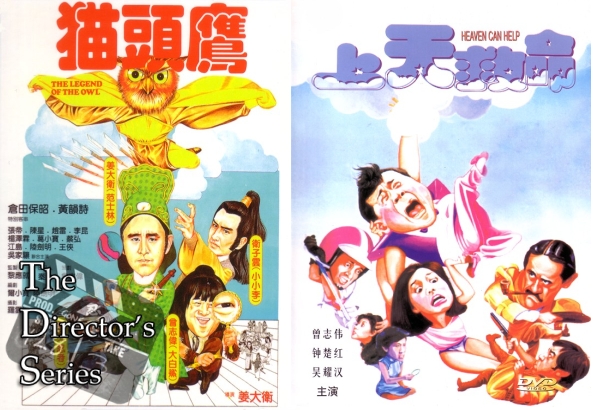 The Director’s Series 14: David Chiang – The Drug Addicts & A Mad World Of Fools 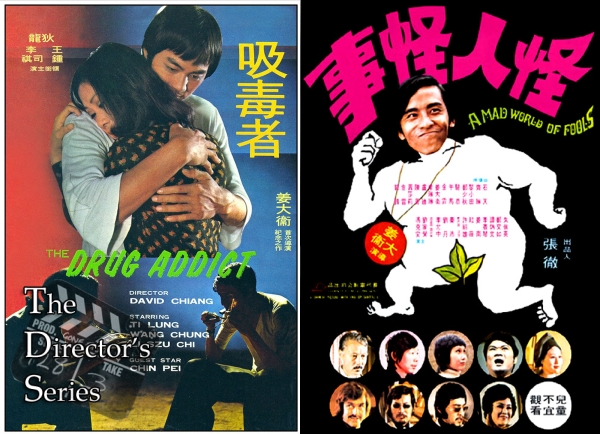 As one review hinted at, on this show we don’t pick the expected but rather what WE feel is worthy of a spotlight and the time has come for a new subject. His name is David Chiang. Yes, martial arts action superstar had a directing career so follow Kenny B and Tom K-W as we open up a new Director’s Series on David Chiang’s The Drug Addicts and A Mad World Of Fools. 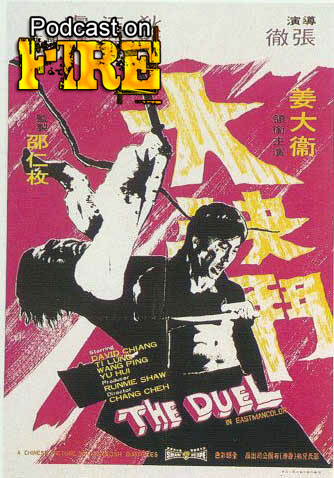 Alone in the back up chair, coming in from the substitute bench is Kenny B in a little POF we prepared earlier for you. Reviewing Chang Cheh’s blood soaked masterpiece The Duel (1971), Ken also tortures himself by sitting through the “funny” remix edit of the movie called Iron Fist Pillage. The makers are going to hell…Ken set himself up to join them.

END_OF_DOCUMENT_TOKEN_TO_BE_REPLACED

Plot: Wealthy property director – Tsang Siu-Chi (Eric Tsang) and his contractor Jacky (Jacky Cheung) managed to buy two of four property’s. When he buy’s all four he plans on knocking them down and replacing them with a grand hotel. Yet his arch rival Hung Tai-Po (Sammo Hung) managed to buy the last two. Both developers wanting to make this grand hotel, they decide to agree on a 50/50 purpose.

When returning home Jacky lets in on a scheme which could land them a nice one billion dollars. The prince of kuwait, Allabarba (George Lam) is coming to Hong Kong to look for a tender for his properties there. Jacky has also done his research, the prince was a menace when he was young never paying attention to his father until after his passing, now he deeply regrets anytime he missed with his father. Now Jacky’s plan for Tsang is to show the prince the strong relationship between him and his father!

The only problem is that Tsang hasn’t seen his father for over ten years. Tsang goes off to find his father with his snobby wife (Carol Cheng), they soon find out that he is living with Tsang’s sister, Gigi (Rosamund Kwan) and her husband (Tony Leung Ka-Fai). Tsang tries to sway father Tsang (Richard Ng) to come live with them, but he refuses as he loves his simple life.

Tsang then pull’s out the big guns and plea’s for his father to stay with him since that he only haves a month and a half to live. yes, he’s got cancer! As you can expect the big guns convinced father Tsang to go home with Tsang and his Wife.

Tsang plans to throw a big banquet for the Prince and make it out to be a birthday party for his father too!

When everything seems to be going to plan, we find out that Jacky is secretly working for Hung Tai-Po and he’s going to help him convince to sign the contract over to him instead of Tsang… END_OF_DOCUMENT_TOKEN_TO_BE_REPLACED

Plot (Celestial): In 1933, 20,000 Japanese soldiers and 50 tanks invaded the Pa Tou Lou Tzu, a strategic key point of the Great Wall. With only seven men stationing, these heroes took on the entire army for five days before succumbing.

The ‘7-Man Army’ includes Captain Wu Chan-Zheng (Ti Lung) led this group brave soldiers who include the young – Ha Hong-Fa (Alexander Fu) who joined the army to spite the mongolian thieves raiding his village. Others include the Saber waving Jiang Ming-Kun (Chen Kuan-Tai) and Bai Zhang-Xing (David Chiang) who joined the army to become a decent man. END_OF_DOCUMENT_TOKEN_TO_BE_REPLACED