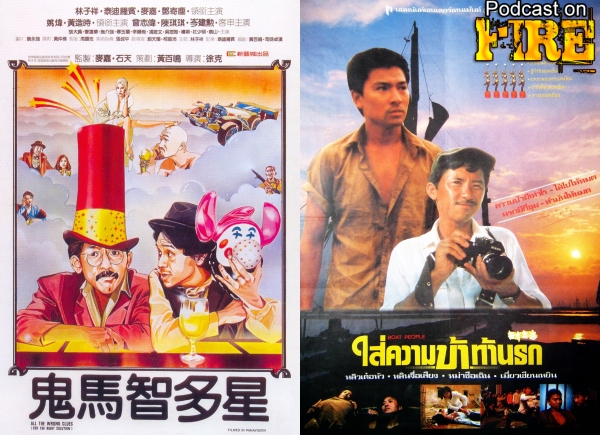 So here we are… ready to rip apart another actor akin to what we did with Alan Tam. But we judged his filmography fairly ultimately and that’s what we’re going to do across a number of episodes for George Lam as well. Dubbed The George Lam Defaming Sessions where we determine if he’s Lam Or Lame. First up, Tsui Hark pits George Lam and Teddy Robin against each other in Cinema City’s wild comedy All The Wrong Clues (For The Right Solution) and Ann Hui finishes off her examination of Vietnam in Boat People. With Kenny B and Phil G of Eastern Film Fans.