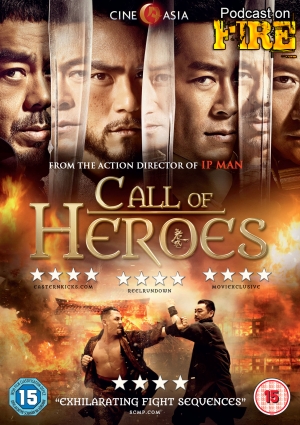 A director with a classic touch and classics under his belt (except New Police Story according to Ken), we’re here this episode to review Benny Chan’s latest action epic Call Of Heroes from 2016. A discussion that also serves as a welcome back party for UK’s Cine Asia. With Kenny B and Phil G.

A big thanks and shoutout to Trinity and CineAsia for kindly supplying the Blu Ray for review of the show.