Podcast On Fire 173: The Prodigal Son & Fist Of Fury 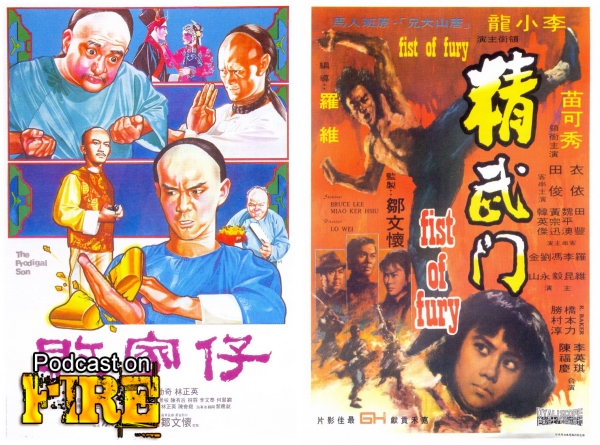 We are back, Hong Kong Horror Month is behind us and we’re going from oh so exciting, messed up genre movies to discussing classic Hong Kong cinema and for this episode the selection is two, depending on your view, martial arts classics in the form of 1981’s The Prodigal Son directed by Sammo Hung and starring Yuen Biao and Lam Ching Ying and Lo Wei’s Fist Of Fury from 1972 starring Bruce Lee. With Kenny B is Phil G (Eastern Film Fans) as well as special guests Chris Jones and Martin Wan of SG Action.

Contact the show via email at podcastonfire at googlemail.com, on our Facebook page and Facebook group (NEW) or Twitter (@podcastonfire, @sogoodreviews) and SUBSCRIBE to our iTunes feed. Music courtesy of Brian Kirby (http://briankirby.net) whose awesome clothing line you can find at http://www.shelflifeclothing.com/. We are also featured on All Things Film, a collection of like minded Film, Cinema, TV, Geek and Cult Podcasts. For the charity project, THIS is the iTunes feed link to use.