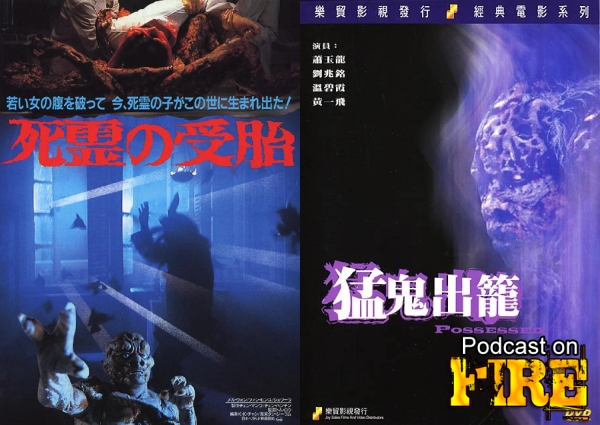 Welcome to Hong Kong Horror Month, our October Extravaganza celebrating Hong Kong horror of the 80s! Our Halloween month if you will. Horror from Hong Kong in particular from the early 80s gave us some of the most intense and nastiest exercises in that genre ever so in this series in all simplicity, we thought it’d be nice to review and discuss some during this horror month of the year. With Kenny B is friend and writer/director John Chance who talks of his filmmaking background, love for horror and the upcoming Indiegogo campaign for his horror movie The Rectory (previously known as Something Like a Phenomenom) before the duo reviews Tom Lau’s 1983 haunted statue movie The Rape After. In the second half, John’s wife Camie Chance recalls the days of discovering horror movies before taking a trip into haunted house/vengeful spirit/Poltergeist rip off known as Possessed from director David Lai.