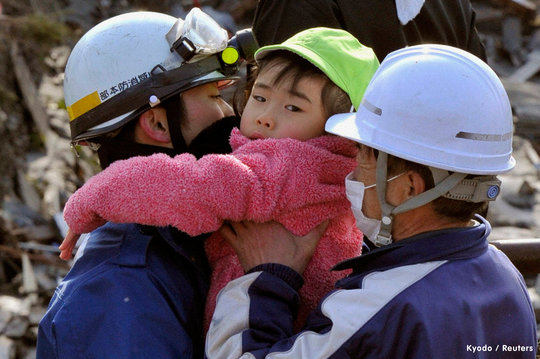 Coffin Jon explains this alot better than I can;

As we all know very well by now, on Friday, March 11th at 2:46pm (JST), one of the largest earthquakes on record hit the northern coast of Japan and  reverberated down the country’s eastern shores causing destruction and loss of lives not only from the quakes themselves, but also the tsunamis caused by them.  We here have many friends and family members who were affected by this disaster, most of whom we are happy to report have been accounted for and were relatively unaffected.  However, there are thousands of more people in Japan who require assistance, so we are calling on friends of VCinema to help out.

In conjunction with other Asian film blogs and podcasts, we are requesting our listeners and readers to make donations to the Japan Society in New York.  The Japan Society is one of the oldest and most respected cultural centers in North America and have done remarkable job at promoting Japanese film with their  Japan Cuts film festival and other such exciting film events.  Information about the Japan Society can be found here.  Also check out their dedicated page here for updates about the disaster and aid efforts.  They are pledging 100% of all donations directly to the relief effort.

Other than donating, the only other thing we can do is convince you to donate. And for your charitable efforts we will reward you with a 3 Hour Podcast on Fire.  This podcast is exclusive to everyone that has donated any amount of money to any of these main charities; Red Cross (US/UK), Japan Society and Global Giving.

All you need to do is forward your e-mail receipt from any of those Charities to; podcastonfire [at] googlemail.com