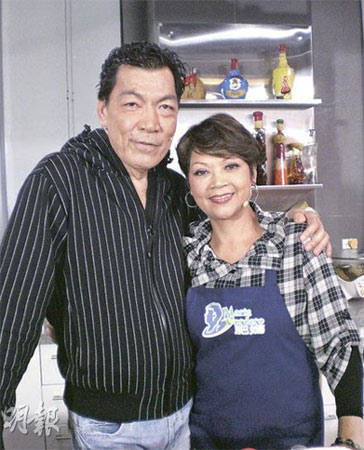 Today we discover that we have lost of the most notable Hong Kong bad guys who left a great impression on Hong Kong Cinema. Shing Fui-On has passed away, but we believe it could have been caused with his “Nasopharyngeal Carcinoma”. Once I find more details I will post them.

Feel free to take this moment to think of your most memorable movie starring Shing Fui-On. Mines would be “An Eternal Combat”.

In October 2004, Shing discovered that he had been diagnosed with nasopharyngeal carcinoma, which had already reached his lungs. His condition became stable after electro and chemotherapy. However, his mouth was no longer able to produce saliva, and Shing was left with 20% hearing in his right ear. In 2008, Shing’s condition worsened. Reportedly his cancer reached his liver and caused his death, he also supposedly weighed less than 100 pounds.[1] Shing passed away from the disease on 27 August 2009 at 11:45 p.m. at the Hong Kong Baptist Hospital in Kowloon, Hong Kong.