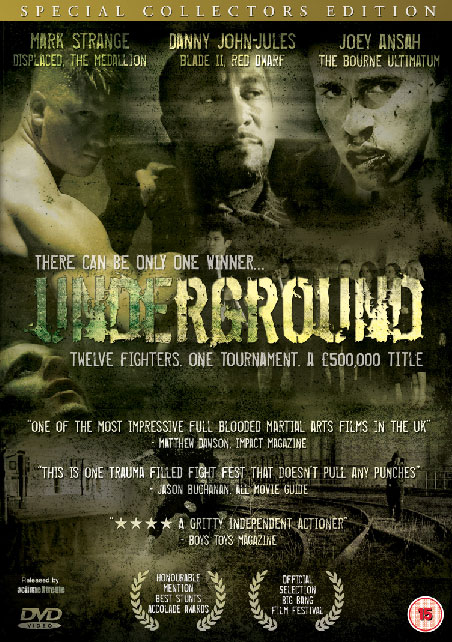 Plot: A underground no-holds barred fighting tournement taking place in the “UK Suburbs”, twelve fighters from very different backgrounds and professions battle for the grand prize of £500,000. Each fighter is backed by fiery buisness tycoons and self-made millionaires who betting lots of money, but more importantly thier pride on thier chosen fighters. Each fighter is fighting for the top spot, but there’s only room for one at the top…

Review: That’s it, funnily enough this doesn’t feel like a movie, it feels more like a BBC Documentary, although the only way you could explain it to anyone would be; “It’s The Apprentice meets Fight Club”.

The action in the movie should be your main attraction, it’s fast, hard hitting and probably consists of 80% of the movie. I’ve always loved the idea of tournament movies, I loved the Jean Claude Van Damme movie “The Quest”, I’ve always loved it when the WWF/WWE done “King of the Ring” tournaments, so this movie had great appeal to start off with.

As I mentioned at the start of this review, this doesn’t feel like a movie with it’s story being very thin, there’s not room for development. Then they throw in a friendship angle and a relationship angle which doesn’t travel any further than the first time we’re shown it.