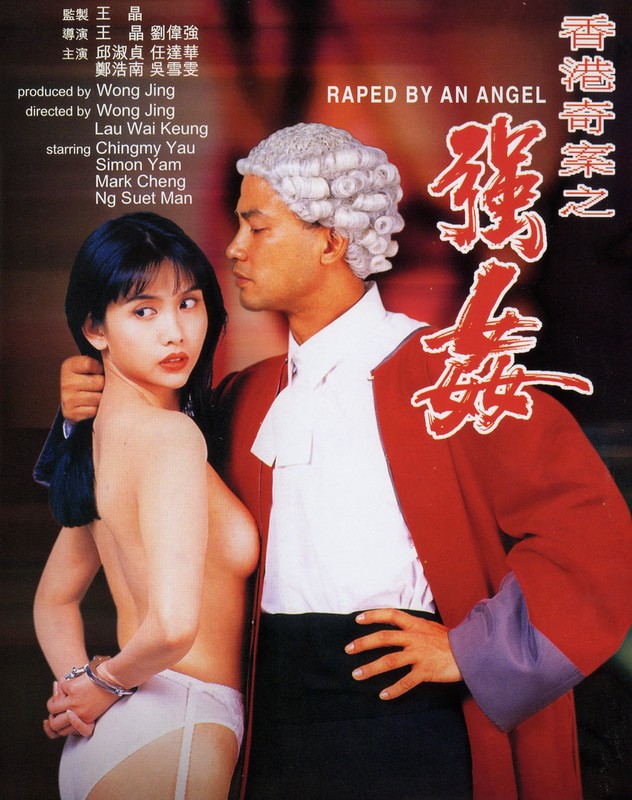 Plot (Universe): The Perverse lawyer Chuck Chi-Shing (Mark Cheng) is fascinated by a sexy advertisement starring two top models, Yau Yuk-Nam (Chingmy Yau) and Chu Kit-Man (Jaqueline Ng). He arranges the perfect ‘rape plan’ against Chu. Next he kills her and designs a plot that makes it seem like a suicide case.

When Yuk-Nam realizes that the Chu, her best friend, was tortured to death, she decides to use her body to allure the murderer into a trap…

Review: The plot doesn’t half sound sleezy now does it? Now that storyline is more of the storyline I’d like to forget. The movie has a very decent sub-plot between Yuk-Nam and Tso Tat-Wah (Simon Yam). Tat is known as the ‘HK King of Triads’, Yuk-Nam who is really a law student goes to interview him. Being with the the king of Triads you can expect trouble isn’t far away, both flee from a rival gang attack.

The both find out that Chuck is quite the evil geneus, he manages to convice the police and the courts that he’s a innocent man. With the police not planning to help, the situation is left to Yuk-Nam and Tat.

To even it out we get to see some female nuditiy from Chuck’s ex-girlfriend, Chu Kit-Man, Tat’s ex-girlfriend and Nam’s oprhange friend Man-Man, who also has AIDs, don’t worry it turns out that AID’s can be put to good use at the end of the movie.

Guest Appearances? Dennis Chan makes 2 breif appearances as Nam’s tutor. Lee Siu-Kei makes an appearance as the leading police officer. a young Nick Cheung also stars in the movie as Simon Yam’s triad lacky called ‘Dick’. ‘The Barbarian from Young & Dangerous 4 also makes an brief appearance as one of Chuck’s buddys who he gives the pleasure of letting him rape his victims.

Final thoughts, not a bad movie, I expected worse but Simon Yam saved it for us all!