The Golden Ninja Podcast 5: To Catch A Thief VS Ninja Thunderbolt 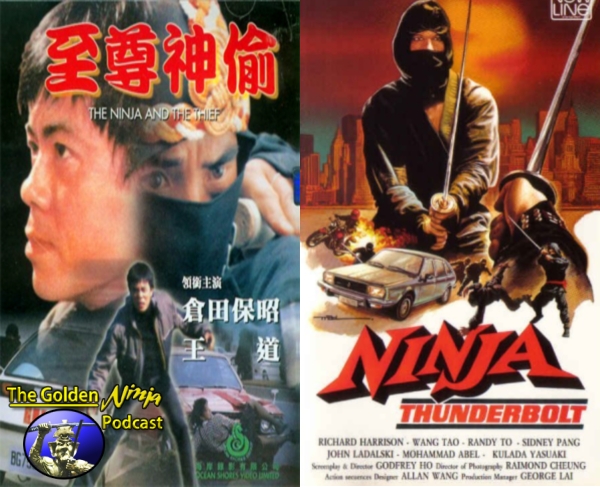 The ancient tradition of a ninja set in the modern world. An international ninja conspiracy which almost succeeds. Where the heights of violence are only equal to the depths of sexual degradation. Where the ninjas nerves of steel meet their match in a ruthless bid for power.

Contact the show via email at podcastonfire at googlemail.com, on our Facebook page and Facebook group or Twitter (@podcastonfire, @sogoodreviews) and SUBSCRIBE to our iTunes feed . Intro music created by JAKAZiD. We are also featured on All Things Film, a collection of like minded Film, Cinema, TV, Geek and Cult Podcasts.