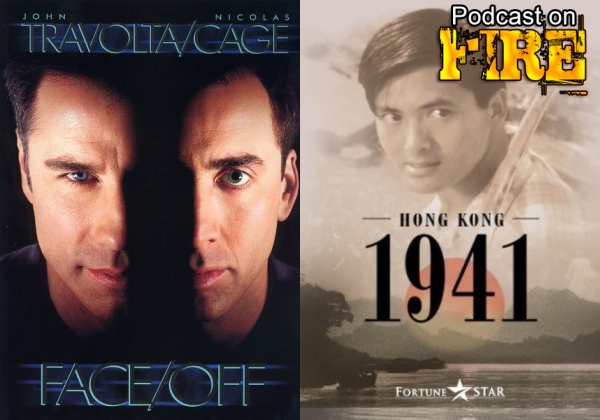 Podcast On Fire may focus on the known and the big guns out of Hong Kong cinema, classics or not, but no one’s demanding the programming to be strict or they’ll tune out so for this episode, based on the suggestion of our guest, we switch it up and head to part of the Hollywood filmography of a Hong Kong director. Namely John Woo and his third outing in America from 1997 called Face/Off. For our second review, we’re following among other things an actor on top of his game but not quite ready to be embraced by the public. Still, didn’t stop awards juries from giving Chow Yun-fat accolades for his performance in Leung Po-chih’s 1984 war drama Hong Kong 1941. With Kenny B and special guest Dr. Stan Glick.