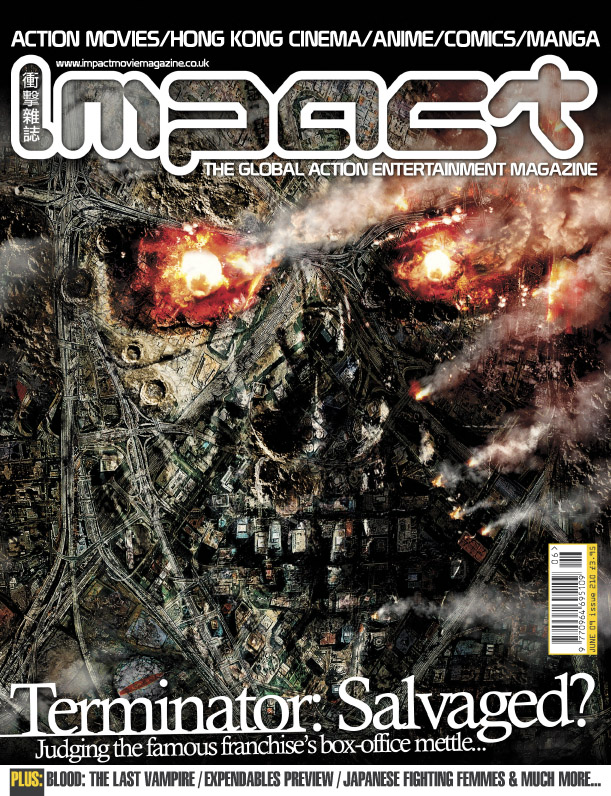 The June issue of Impact hits the shelves this week, and while ‘Terminator Salvation’ might dominate the cover, its a very strong Eastern issue this month. As ‘Blood the Last Vampire’ gets ready to hit screens around the world, we talk to leading lady Gianna Jun (Jun Ji-hyun) and several Western stunt fighters who worked on the movie. As ‘Red Cliff’ hits the UK we talk to John Woo about the project and look back at classic Woo moments, we examine the current wave of Japanese femme fatale action movies including ‘Hard Revenge Milly’, “High Kick Girl” and more while the cast and crew of UK Indie actioner ‘Ten Dead Men’ look back on the eve of the films UK release, we take a first look at what to expect from ‘The Expendables’ and much more.Hard copies, digital editions, back issues etc can be ordered from ImpactActionMovieMagazine