Small time cop, Mike (Daniel Wu) is thrown head first into a vicious gun battle during a robbery. Mike got a little itchy with his trigger finger and murdered two men. After being suspended from duty Mike spends his time playing video games in arcades instead of drinking like the others. One night Mike is challenged to a video game against a wealthy man. Mike beats him 9 times in a row..

Mike soon finds out that this wealthy man is actually one of the four kings of the triad underworld. The Hung Hing leader – Tin (Eric Tsang), takes a shine to Mike. Although Mike takes more of a shine to Tins wife, Pauline. END_OF_DOCUMENT_TOKEN_TO_BE_REPLACED

Plot: Restaurant owner Veg Cheung (Tony Leung) finds himself one day delivering his mother and sister to the hospital, on his journy there his car is struck by a ill tempered driver, Deborah (Sammi Cheng). Deborah drives off leaving Cheung with a broken side-mirror, Cheung not letting this woman off easy he peruses her and finally catches up. Deborah puts up a strong front and refuses to pay to for the damage. Cheung returns the favour by kicking in her car door (busting a toe in the process), the police arrive and tell them both off. They exchange contact numbers and arrange a time and place to sort things out.

Meeting in a club the two enemies suddenly become friends after drinking vast amounts of alcohol, they then end up spending the night together. Cheung doesn’t want to start a relationship with Deborah since he’s already linked with TV Personality Micky (Niki Chow).

Deborah ends up having the week from hell when she looses her job and looses her fathers pet dog “Happy”, loosing her fathers only companion he boots her out. Deborah finds herself sleeping on hospital floors beside her sister. When at hospital she meets Cheung once again, after hearing about her situation Cheung offers her to come to his place for the time being… END_OF_DOCUMENT_TOKEN_TO_BE_REPLACED

Plot (Tartan): A tough gangland leader (Jo Jae-Hyeon) experiences love at first sight when he encounters a young college student (Won Seo) in a crowd. With no concern for public conduct, or the desires of the girl, he forces himself upon her and kisses her in front of her boyfriend. Totally unapologetic, the man is beaten by police and left disgraced.

Desperate to see her again, the man decides to return to the same place. Soon, the student re-appears and she and her boyfriend go on a window shopping trip. However, her desperate lack of money leads her to commit an unfortunate crime, for which her victim demands an uncompromising, pre-planned punishment: She must work as a prostitute to pay the money back. And it is the man who fell in love with her in the crowd that day that will be responsible for taking care of her. END_OF_DOCUMENT_TOKEN_TO_BE_REPLACED

Personal Thought: It’s the future. People are on Hover boards, Mobile Phones are at your finger tips, no really they are! This film is filled with wire work and CGI effects which is some times on the good side and the bad. Yet if you aren’t a fan of the CGI and wire work maybe the cast will interest you; Alex Wang (Chinese Strike force), Stephen Fung (Gen-X-Cops), Chin Kar-Lok (Operation Scorpio), Gigi Leung (First Option) And Kristy Yeung (Storm Riders). Apart from the young there is two classic actors included Sammo Hung and Yuen Biao!

Now lets get this party Started Nova (played by Alex Wang) is an hyped up teen spending his days street fighting in and outside of tournaments raising money for the one thing. The Power Glove. His Father ‘Thunder’ (played by Yuen Biao) supposedly killed a couple year back has left a hologram of him demonstrating the deadly art of Power Fist. Although his mother (played by Cecilia Yip) is against him using The Power Fist technique and is very against him getting a Power Glove. The Power Glove is known unlock the full use of the human brain, fact is that we only use 10% brain power. The Gloves were only issued to certain police officers, one of those officers was Thunder the others where ‘Dark’ (played by Sammo Hung) and Combat 21 (played by Roy Cheung) who turns out to be the main protagonist of the film. END_OF_DOCUMENT_TOKEN_TO_BE_REPLACED

O (Takashi Sorimachi) is a well known and feared assassin. He’s known to be the number one throughout Asia. After the horrid accident of loosing his love, Nacy. O becomes isolated and lonely. O soon hires a women to (whom works in a video store) clean his apartment. The women, Chin (Kelly Lin) has never met her new boss, every week she comes to this apartment and finds a list of chores left for her.

One day Chin meets a mysterious person in her video store, he always rents the same movies and he always wears masks of US Presidents. She soon confronts this man and asks why does he do this, he gives her a simple answer and then asks her out. Strangely enough Chin agrees to go out with him. This mystery man turns out to be a reckless assassin named, Lau Tok-Wah (Andy Lau). Chin isn’t startled by his living and she is even intrigued. END_OF_DOCUMENT_TOKEN_TO_BE_REPLACED 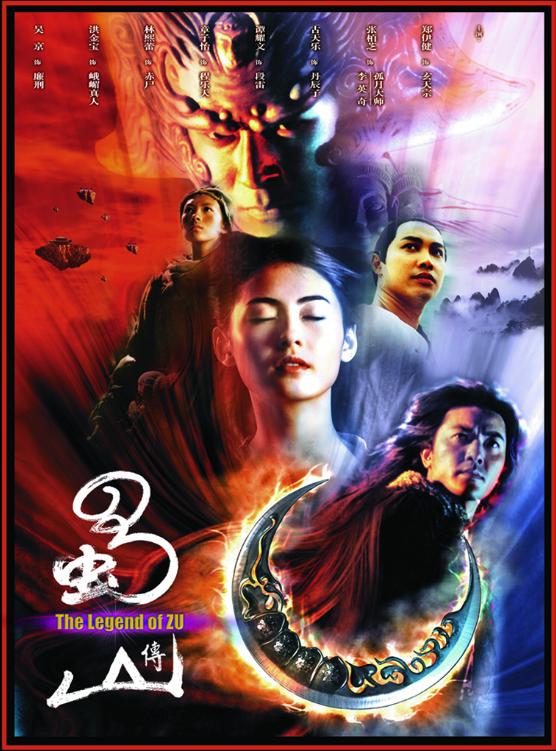 Dawn (Cecilia Cheung), the head of the Kun Lun Sect. Although she has been naughty and has fallen in love with her disciple, King Sky (Ekin Cheng). The young couple are soon parted when the evil demon, Insomnia destroys the Kun Lun sector and kills Dawn. King easily gets out numbered, retreats and goes into hiding…

200 years later, King Sky is brought out from his hiding when he meets Red (Louis Koo). Both King & Red come across Insomnia, whom has grown even more powerful and has revealed the plan of him wanting to destroy the mountains of Zu, including the Omei Clan.

King & Red meet the Omei Clan leader, Whitebrows (played by Sammo Hung, reprising his role from the first Zu Warriors Movie). King is suddenly struck when he meets, Enigma. Enigma is one of Whitebrows students and she is the reincarnation of Dawn, although King hasn’t faced the fact that Dawn is gone.

King & Red agree to help Whitebrows to contain Insomnia, whilst he looks for a new weapon to conquer Insomnia… END_OF_DOCUMENT_TOKEN_TO_BE_REPLACED