Captain Zhong (Jackie Chan) is miserable and his life is in tatters – the film opens with him slumped in a drunken stooper in the back of a taxi heading to a mysterious nightclub. What’s someone his age doing at a nightclub? It’s Christmas and he has received an invitation from his distant daughter, Miao Miao (Tian Jing) offering him an olive branch.

Clearly out of his element in the industrial hipster bar, Miao actually brought him here to introduce him to her boyfriend – the club owner; Wu Jiang (Ye Liu). Not impressed and left arguing with Miao, Zhong is ready to high tail it back to the taxi – but he’s suddenly struck down by masked Santa Claus!

It turns out that Wu Jiang has something a little more sinister planned for Captain Zhong and his daughter this Christmas.

From Little Big Soldier writer and director Ding Sheng, he delivers a decent thriller with minimal relation to the original Police Story franchise that Jackie Chan shot to fame with back in the 80’s. But, I will admit they definitely earned the subtitled LOCKDOWN, Wu’s nightclub does go on full lockdown when the masterplan is revealed in the story.

When it comes to acting chops Ye Liu steals the show, his quiet intensity shows him well as a cool, calculated villain – sure, we’re show glances into his Muay Thai background, but his brains seem to be as fatal as his brawn. Tian Jing doesn’t have a lot to work with, it’s mostly crying for her father as he’s put in further peril. For Jackies acting chops, he has adapted to these darker thrillers where he’s needing relay more on his acting rather than his lightning fast reflexes, he has come a long way since his other dramas, the likes of The Shinjuku Incident etc.

Whilst I did overall enjoy the film, I did find the double-take/fast-forward sequences from Zhongs perspective happen far too often and became annoying when you mistake a surprising twist for just another daydream. Director Ding Sheng did use this technique previously in Little Big Soldier when Jackie Chans character was sparing with his co-star and accidentally kills him with a blade – which had some excellent comedic timing to it, but it didn’t work for me this time.

Kaleidoscope Home Entertainment were kind enough to supply us with a final copy of the UK DVD for this review. Here’s our thoughts on the Special Features included:

Behind The Scenes (5 minutes) as you can expect focusses on the big action and stunt sequences peppered together some of Jackie Chans cheeky chappy nature, snapping photos of sleeping costars, throwing the thumbs up when something goes right and of course – recycling.

The disc also includes several Interviews with the Director and the primary cast. Ding Sheng (4 minutes) explains the differences between his film and the previous instalments in the PS franchise. He continues by going into detail on his thoughts on the leading cast and how well they worked together. Tricking Jackie Chan into the role by teasing it wasn’t a physically demanding role, that is until he reached the set and asked him throw the occasional extra punch etc.

Liu Ye (6 minutes) gave us his impression on playing a villain; the inclusion of Muay Thai into his characters skill set and his worries of having to fight with Jackie and being encouraged to “hit harder!” Jing Tian (6 minutes) talks fondly of getting to film in the Beijing subway in the early hours of the morning and learning to cry on cue. As well as the unforgettable experience of working with Jackie Chan, the energy and knowledge he brought to set.

Overall, it’s a good thriller, certainly worth watching once – Jackie and Liu Ye were excellent, adding them together with Wu’s elaborate plot and the story behind it. 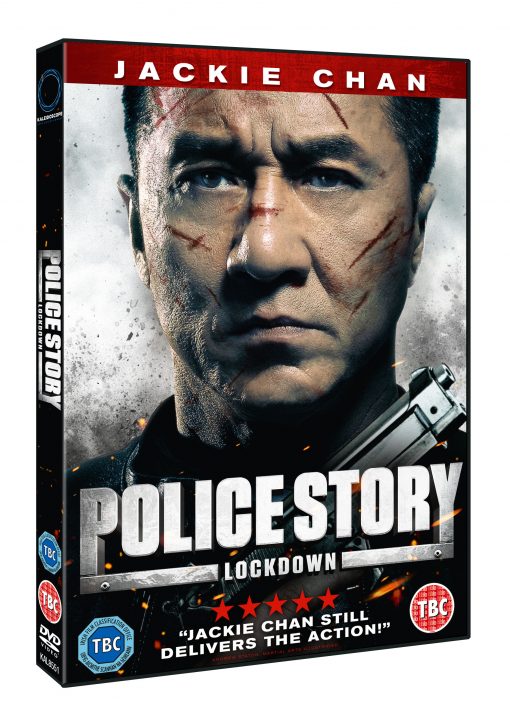