Bushwick tells the tale of Lucy (Brittany Snow), just your average girl making her way home for the holidays, yet, when she emerges from the subway with her partner, it is as if she has stepped into a parallel universal – war has broke out and military clad figures are shooting civilians on sight!

Her only ally appears in the form of Stupe (Dave Bautista), an ex-military figure who is trying get out of the city and reunite himself with his family in the country. What could possibly get in their way!?

BUSHWICK gave me high hopes, the trailer to the film looked badass! It gave us a glimpse at what a potential THE LAST OF US feature film could be!

Dave Bautista is going from strength to strength and it is excellent to see him stretching his acting legs with this independent feature – he plays a great character with tortured past, who is fighting forward to be reunited with his family. Bautista steals the film, when he’s not drilling soldiers with spine busters – he’s dropping huge, heart breaking backstory in a laundrette which will give viewers flashbacks of John Rambo in First Blood.

The film as a very fluid filming style, whilst it appears like someone is following the cast with a handheld camera – it is somewhat smarter than that. The camera almost floats behind them, it’s some pretty impressive cinematography.

One of the bizarre things I noticed when viewing is how well the leading character takes to Martial Law, in the first ten minutes terrified, but an hour later she seems to be completely desensitised and doesn’t seem the slightest bit bothered about all of the danger and chaos around her. Hell, she didn’t even flinch when rebels were having a shoot-out right beside her. It completely removes that sense of realism from the film and gives you the impression that you’re watching someone play a video game.

By the end of the film you will feel very disheartened – I mean, why? Is there a bigger message being thrown out there at the end? ‘Cause it just sorta feels like a big F U to the viewer, right we’ve got 90 minutes, here’s 80 great minutes and let’s pull the carpet out from under you for the final ten.

Overall, I feel rather let down by the film – had such a promising start. For anyone at all interest – wait until it is streaming online. 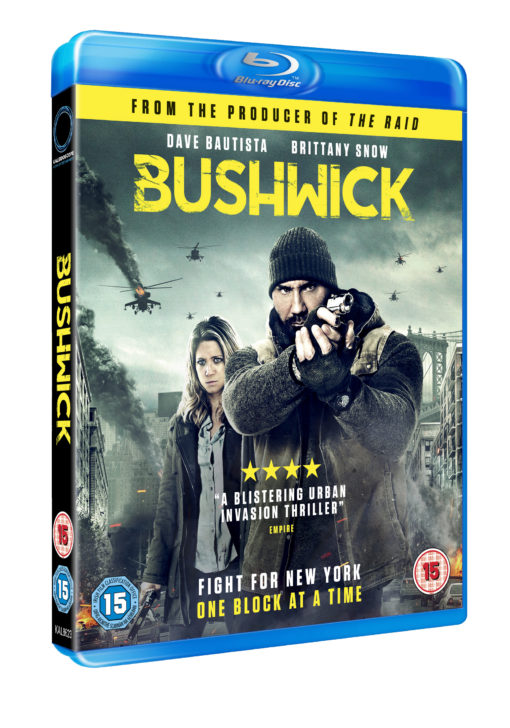