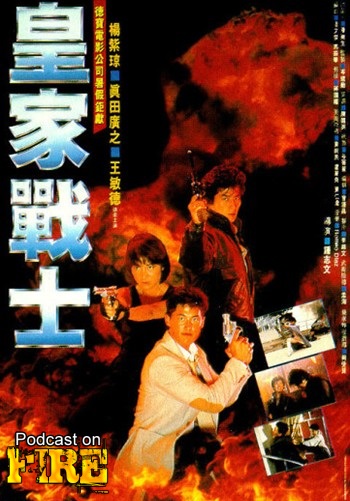 Michelle Yeoh battles ex-soldiers turned vicious criminals, joins forces with a Japanese cop who wants out of the game and Michael Wong as Michael Wong either really likes buying flowers or desperately wants into the trousers of Michelle’s character. In the second episode in our series on Michael Wong’s career, we discuss and review David Chung’s Royal Warriors from 1986. With Kenny B and Phil G of Eastern Film Fans.co.uk. Wong or Wrong?