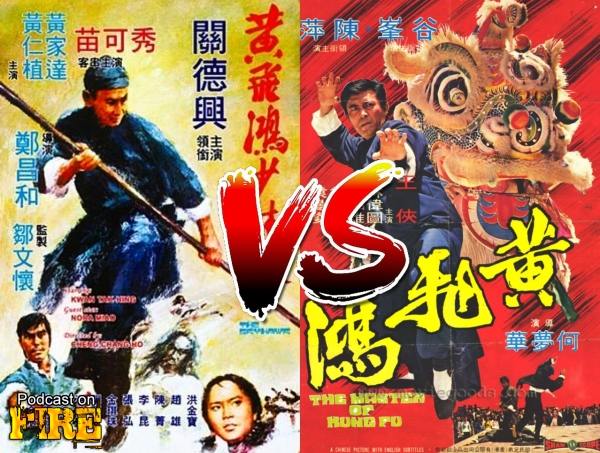 We kick off a sub-section of Podcast On Fire dubbed The Versus-Series, where we place content, characters and theme in two respective movies against each other. The first installment concerns Wong Fei-Hung, as envisioned by Golden Harvest and Shaw Brothers respectively. 1974’s The Skyhawk starring Kwan Tak-hing as Wong Fei-Hung in one of his many appearances as the classic character is up first and from 1973, we’ll review and discuss Master Of Kung Fu starring studio veteran Ku Feng. With Kenny B and Phil G of Eastern Film Fans.co.uk.