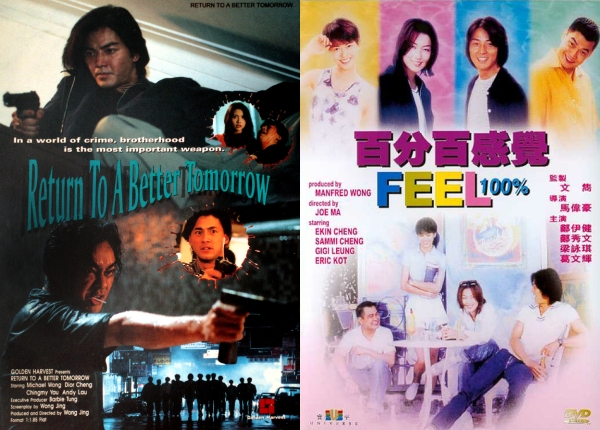 First we went after Alan Tam, then we set our sights on defaming George Lam and now we tackle another uneven actor that we’ve perceived as being harmful to the movie viewing experience. The face of Young And Dangerous, Chan Ho-Nam himself: Ekin Cheng. For episode 1, we look at the modestly titled Return To A Better Tomorrow by Wong Jing, featuring Ekin as our gun toting lead and the comic book adaptation Feel 100% about the trials and tribulations of being a twentysomething. With Kenny B and Phil G of Eastern Film Fans.co.uk.