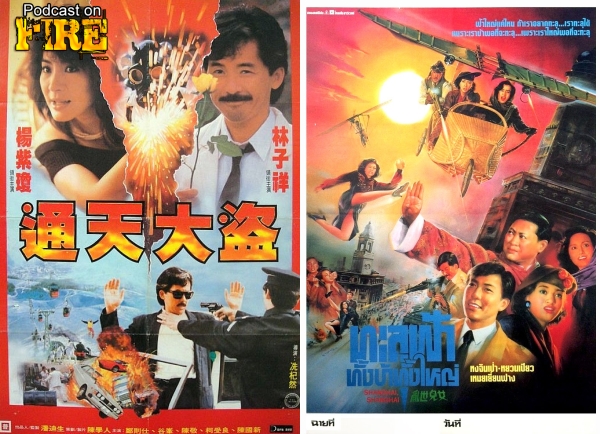 It’s The Thomas Crown Affair Hong Kong style in the form of 1987’s Easy Money. With Michelle Yeoh as the thief and George Lam as the sexy insurance investigator with a killer laserdisc and vhs collection. Also, that magnificent George Lam in his flying machine. Which has a place within the body of an actioner set in Shanghai on the brink of revolution. Also starring Sammo Hung, Yuen Biao and Anita Mui, we’ll also be looking at 1990’s Shanghai, Shanghai as well. With Kenny B and Phil G.