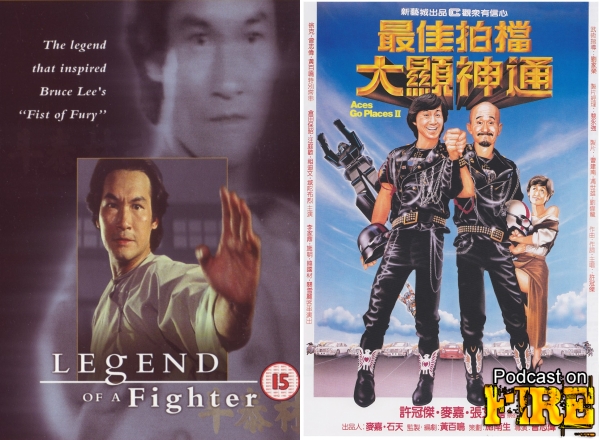 After being in the zone as kung fu comedy filmmakers and action-performers, the Yuen Clan or family turned to a real legend and more of an attempt at serious filmmaking. Therefore we talk and review Yuen Woo-Ping’s Legend Of A Fighter in the first half. In the second, we turn to the follow up the Cinema City’s action-comedy cashcow Aces Go Places. This time, there’s robots. With Kenny B and Paul Fox of the East Screen West Screen podcast.