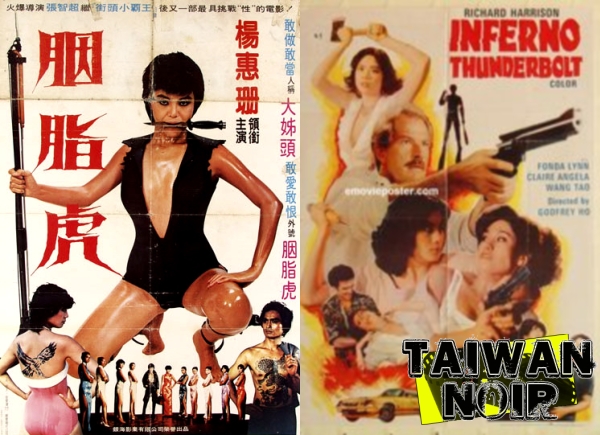 Wishing to cover the following movies anyway but now that we’re stumbling upon same actors and filmmakers again and again, the work needed to get these shows done gets reduced ever so slightly because tonight’s focus on actress Elsa Yeung and director Richard Chen means the little there is to say of them biography wise has been done. So we won’t repeat the little we know and dig as we cover 1981’s Virago (IFD’s re-title of the 1981 actioner was the more commonly known title Deadly Silver Angels) starring Elsa training women in bikinis to stab the f*ck out of men and The Anger, the Lu Hsiao-fen thriller that was the basis for the IFD cut and paste movie Inferno Thunderbolt by Godfrey Ho.

Note that the first half was recorded but lost and re-recorded under different conditions. Hence the different halves sounding somewhat different in quality. /Ken

Contact the show via email at podcastonfire at googlemail.com, on our Facebook page and Facebook group (NEW) or Twitter (@podcastonfire, @sogoodreviews) and SUBSCRIBE to our iTunes feed. We are also featured on All Things Film, a collection of like minded Film, Cinema, TV, Geek and Cult Podcasts. For the charity project, THIS is the iTunes feed link to use.