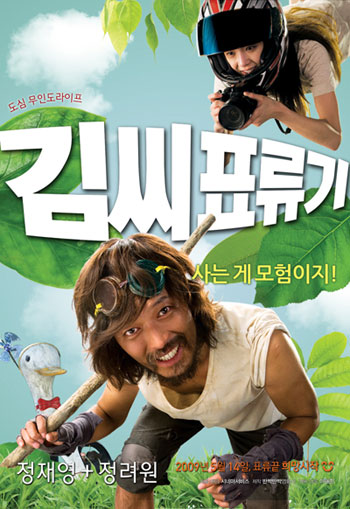 Temporarily aborting Stoo’s ongoing series of examining beloved Korean cinema of his, Ken jumps in to provide his picks but now it’s open season on What’s Korean Cinema. Meaning the obscure and underrated will get its chance to shine whether deserved or not. 2009’s Castaway On The Moon fully deserves it though and helping Ken with the discussion of director Lee Hae-joon and his actors is Paul Quinn from Hangul Celluloid and Rufus L de Rham of cineAWESOME!

This podcast also marks the official contribution by the Podcast On Fire Network to the 2012 Korean Blogathon by New Korean Cinema and cineAWESOME! so look out for that starting March 5th!