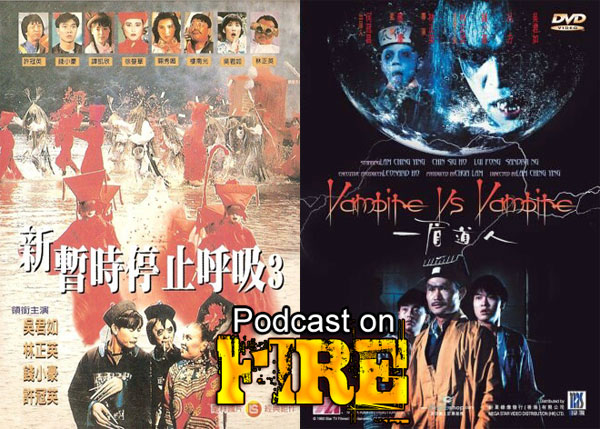 Welcome back to Vampire Season and we pick up at a point where the series started go stale as we examine Mr. Vampire (YAAAAYYY!)…1992 (BOOO!) Stoo and Ken handle the first half where Stoo also chimes in with his views on 3D Sex And Zen while Tom and David contribute their thoughts on Lam Ching-ying’s directorial debut Vampire Vs. Vampire in the second half. There will be dislikes.

Also remember to check out the Bonus Episode #1 featuring the review of Magic Cop. It’s referenced as a Members Only extra in the first half of the show but it’ll be the debut of the bonus episode format.