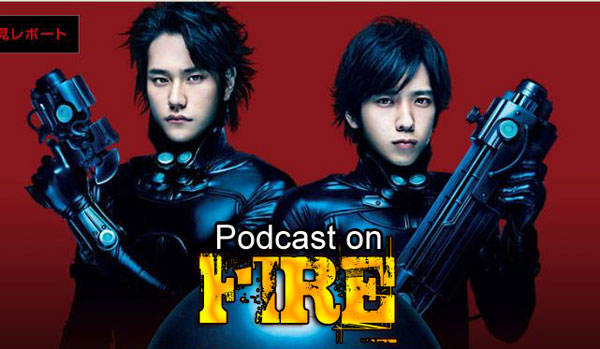 One audition tape and a commentary under his belt, David Harris returns for a followup chat about his ongoing development as a podcaster and doesn’t seem ill or corrupted so far. So him and Ken look back on the initial experiences and preview the ones coming up/ones that were released already (including The Director’s Series and The Ekin Hour). Manga adapatation Gantz is also reviewed and Ken continues to voice his pleasure and displeasure about Taiwanese kids.

Contact the show via email at podcastonfire at googlemail.com, via our forum (containing EXCLUSIVE content and announcements!), Facebook or Twitter (@podcastonfire, @sogoodreviews) and SUBSCRIBE to our iTunes feed! Music courtesy of Brian Kirby (http://briankirby.net) whose awesome clothing line you can find at http://www.shelflifeclothing.com/.