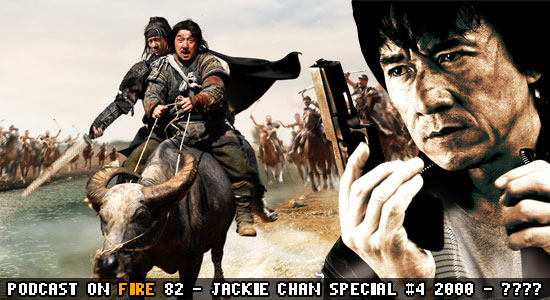 The grand finale to our Jackie Chan Season sees Stoo and Ken, with various degrees of pleasantness, tackle New Police Story and Little Big Soldier in detail. Also, Joey Leung of Terracotta Distribution stops by for a chat about Little Big Soldier, the process of premiering it at the 2010 Terracotta Far East Film Festival and we answer the question, what does the future hold for Jackie Chan?