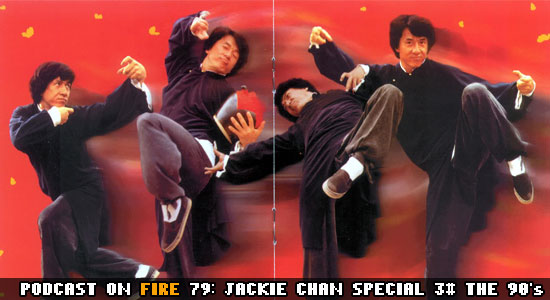 We’ve reached another pivotal point in Jackie’s career, the 90s, and the decade that would define his worldwide status to a HUGE degree.  Featuring a focus on specifically Drunken Master II and Rumble In The Bronx,  Stoo and Ken are also joined by action actor, fight choreographer and action director Chris Jones (http://www.chrisjonesaction.co.uk/) throughout the show. Also interspersed into various parts of the show are contributions from fellow podcasts VCinema, East Screen/West Screen, Joey Leung of Terracotta Distribution plus past guests Brian Kirby (http://www.briankirby.net/) and author John Kreng who all share their thoughts on favourite Jackie Chan movie of the 90s.