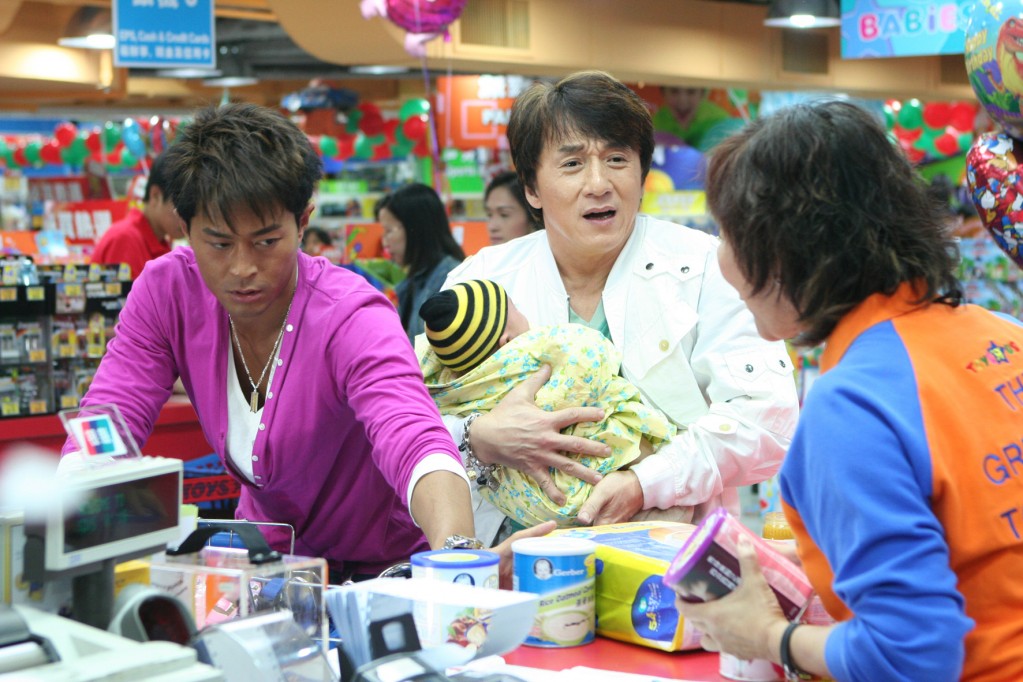 Trying to keep up to date with our latest slew of releases from Cine-Asia.

First up we have Robin-B-Hood from the Cine-Asia/Dragon Dynasty label. Robin-B-Hood will be released as a two-disc DVD (£17.99) and single-disc Blu-ray (£24.99) by Cine Asia on 24th May 2010. Special Features include: ‘Crashing The Hood’ with star and action director Jackie Chan; ‘The Hand That Mocks The Cradle’ with director Benny Chan; ‘Baby Boomer’ with co-star Conroy Chan; ‘Playtime For Adults’ – on the set of Robin-B-Hood; ‘Robin-B-Hood – An Original Making Of’; trailer; Dolby Digital Cantonese 5.1 and English 5.1 audio options (DVD); DTS HD MA English 5.1 and DTS HD MA Cantonese 5.1 audio options (Blu-ray); optional English Subtitles.

On the 7th June we are given the release of Robo-Geisha released from the Cine-Asia Extreme Label. This horror (I mean it looks f**king awful) will be released on DVD (£15.99) and Blu-ray (£24.99). Special Features include: DTS HD Master Audio Japanese 4.0 Audio Track (Blu-ray only); Dolby Digital Japanese 2.0 Audio Track; optional English Subtitles; Trailer Gallery; Original Trailer.

Now many details have surfaced at the moment, but Cine-Asia will release Mulan: Warrior Princess the latest effort from Jingle Ma starring Vicky Zhao and Jaycce Chan. Mulan will be released on 21st June 2010 on DVD and Blu-Ray.