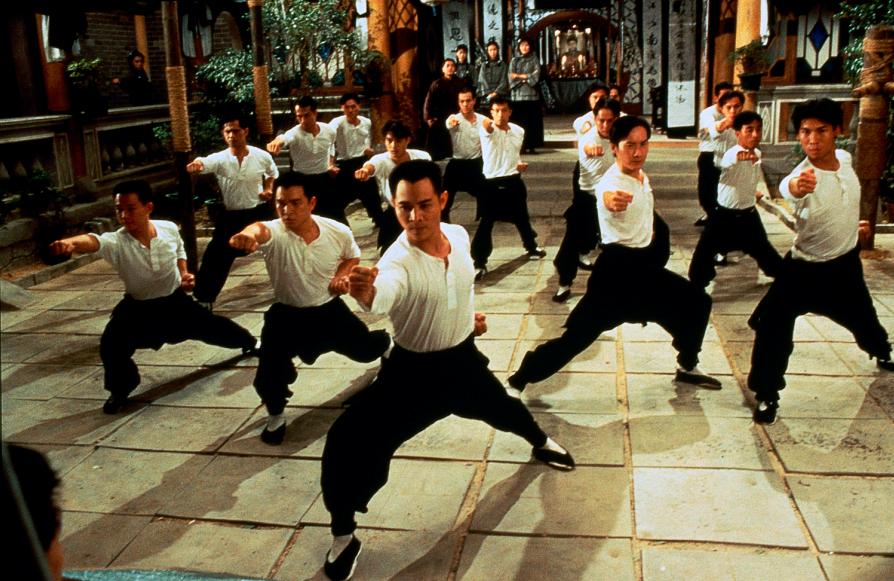 For those of you who aren’t in the know about this already. I shall tell you. Fist of Legend is a politically correct remake of Fist of Fury. Only main difference being that some of the Japanese characters aren’t evil and there is a bit more of a story to it.

Despite flopping at the box office and making less than half than Fong Sai-Yuk did. It is definitely one the better Jet films made. Gordon Chan has done a simply superb job with the sets used and the pace at which the films move.

Rarely films dedicated to action have such neat stories to go with them. (Another reason why I like this) It isn’t perfect as it is rather script driven and doesn’t really use character development too well. But, if you’re watching this for the story, then you are watching the wrong film.

Despite that the cast is solid and they earn their paychecks. Yasuaki Kurata and Shinobu Nakayama (her from the Gamera series) all help to keep it flow. Chin Sui-Ho also does a brilliant job as he struggles with his feelings of admiration and envy.

For Jet Li, the film was a milestone in his career. Being 1994 he was quickly being typecast as hero in wire-fu film. This was the first grounded piece he made since 1989. Any HK film fan will know what followed after this.

Overall the action is grounded, although Yuen Woo-Ping does make good use of wires to keep very thing looking much better and keeping the sense of disbelief that most normal people have when watching these types of films.

Overall it’s a great film. But you should know this already by now.