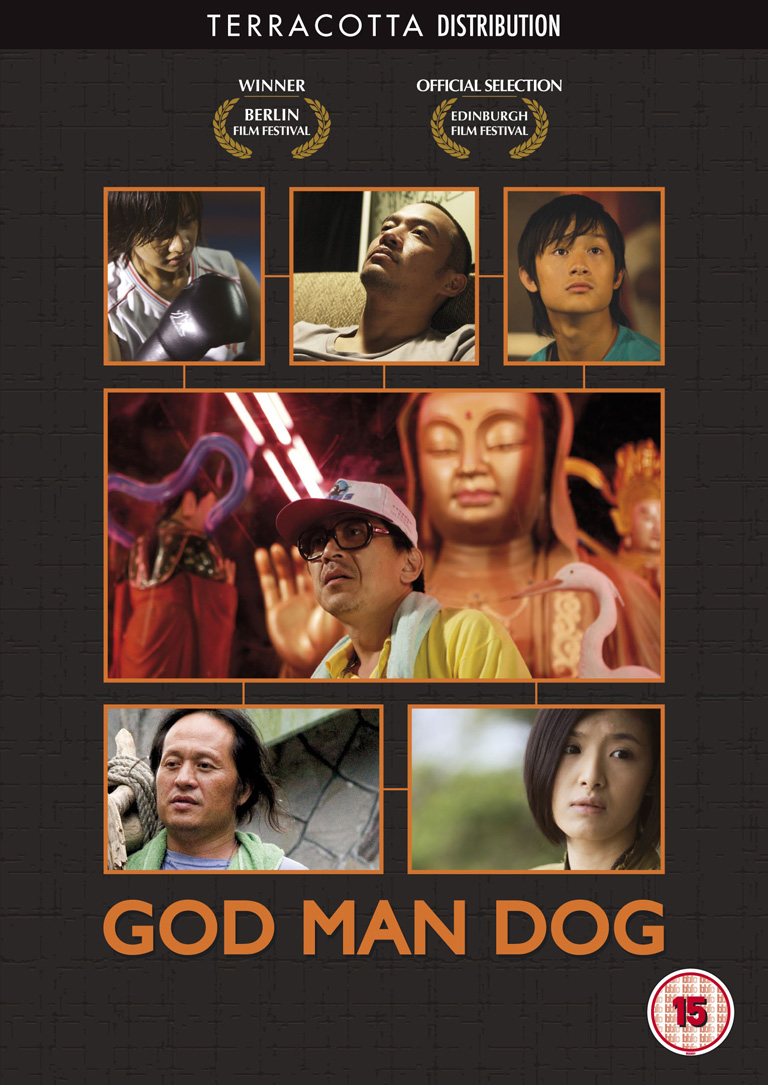 Plot: Taiwanese director Singing Chen delivers God Man Dog and this movie tells the tale of several very different individuals. We have a one legged van driver who collects and repairs various religious statues, a runaway teenager who knows no hunger, the wealthy couple who have their relationship tested after their suddenly baby dies, an Aboriginal couple turn to god to overcome addiction and also the duo of a teen model and a female kick boxer pose as a S&M duo who KO their punters! All this and a million dollar dog!

Review: Easily compared to some more notable films such as Crash (2004) and Babel. I didn’t have a interest in this movie at first, I knew it was put over as a sophisticated and complicated drama, it won a award at the Berlin International Film Fest and it’s from Taiwan, I sensed a arty religious flick, the trailer gave me impressions of Kim Ki-Duk and even a little Wong Kar-Wai. Thankfully I was wrong, the movie does have a slow start, but from then on the movie becomes thankfully quite satisfying.

With this genre it’s understandable that the storyline and the amount of characters and dark themes makes it complicated, this isn’t one of those movies you can throw own to play in the background, you need to give this movie your full attention or else you’ll loose the plot completely.

When watching the movie it was too obvious that I didn’t know any of the leading cast, not a notable face amongst the crowd. Although notable actor Jack Kao, who starred alongside Jackie Chan and Daniel Wu in “The Shinjuku Incident”, plays the role of “Yellow Bull”, the one legged truck driver. Other notable stars are Taiwanese pop star Tarcy Su and Jonathan Chang.

The movie is accompanied by some great music which adds a greater emphasize to some of the difficult scenes .

Overall, the movie is a pleasant and a moving surprise. Highly recommended.