Funuke: Show Some Love, You Losers! 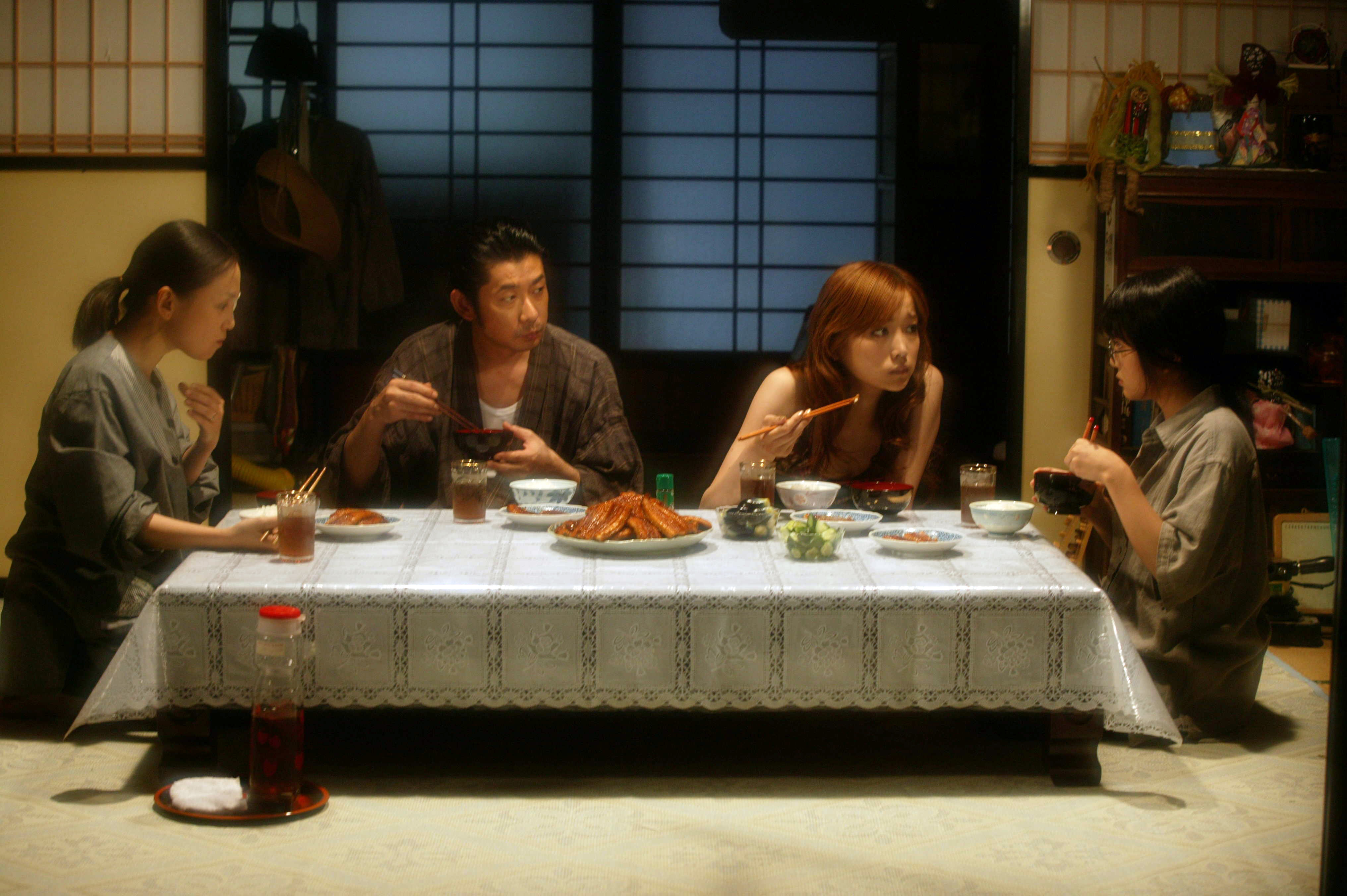 Plot: After loosing their parents in a horrific accident three siblings reunite to become one hell of a dysfunctional family. We have the actress wannabe Sumiko (Eriko Sato) returning to the countryside from Tokyo, the uncomfortably quiet teenager Kyomi (Aimi Satsukawa) and the step son Shinji (Masatoshi Nagase) who lives at the family home with his with Mitchiko. As you can expect each and every sibling has a secret, a grudge and a hidden lust. Did I mention this was suppose to be a comedy?

Review: Multi-Award winning engaging comic drama, this included Best Actor, Best Actress and Best Supporting Actress. That was almost the entire cast! Actress Wannabe Eriko is sinister older sister, it was clear  that she was a spoiled bitch from the get go. Elder brother played by Hiromi seemed to be the least interesting character, he was our dark moody wife beater with a secret and a scar!

Our star of the show has to be the young sister who seems to have gotten into alot of trouble in the past, which has now caused alot of tension between the siblings when Eriko returns.

One thing we have to admit is that the movie isn’t short of story lines we’re given several subplots, we have Kyomis secret talent for drawing Manga, Sumikos pen-pal relationship with a film director and the secret promise between Shinji and Sumiko etc.

The movie in general was quiet slow for me, I know I feel that I’m cutting this review short but the only really great pay off is until the end of the movie where we discover Kyomi’s part time job.

Overall, it was a one time journey down this road for me. If Japanese Cinema is up your street I’d happily recommend that you rent this.