Three Kingdoms: Ressurection Of The Dragon (2008) 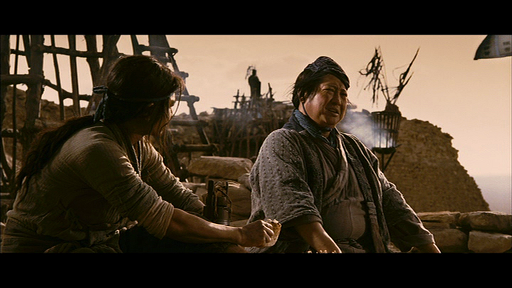 Resurrection of the Dragon is a mainly fictional historical epic of legendary soldier Zhao Yun. It follows his life from a simple foot soldier to his death.

Personally I enjoyed this film despite its flaws. It is historically inaccurate, the costumes are totally wrong and they cast a Eurasian actress (Maggie Queue) as a fictional grand daughter of Cao Cao. (thank you IMDB).

But none of those bothered me. I still found the film to be highly enjoyable. It isn’t Red Cliff and never will be. But either way it still looks like 220AD and only those who post on IMDB will have a problem with it.

Andy Lau is backed up stars such as Sammo Hung, Maggie Queue, Vanness Wu (not Vanessa) and Andy On. They all gave decent, solid performances and didn’t detract from the experience.

Overall I would say this has the feel of an MTV war epic. But for me, that is part of the charm. It is a fun film, where you can relax and still watch something serious. In my humble opinion, I wish there would be more films like this. If this film were a book, it would be “War Epics For Dummies”.

My advice when watching this is to not expect something on the scale of Red Cliff. This is simply a fun film where you can enjoy Andy Lau killing lots of nameless people.