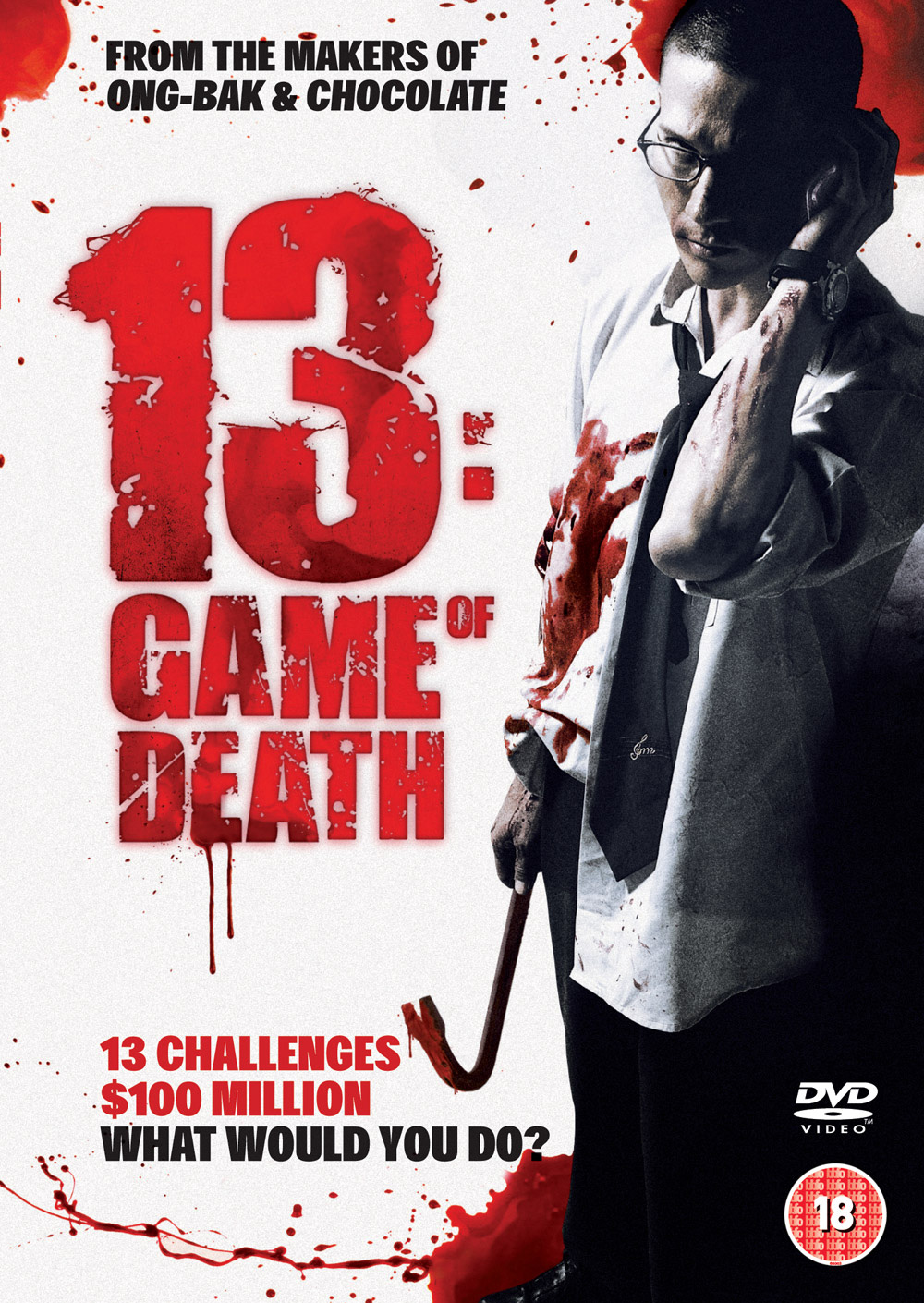 WHAT WOULDN’T YOU DO FOR MONEY?

From the producers of “Ong-Bak”, “Warrior King” and Chocolate” comes 13 GAME OF DEATH, a riveting Thai thriller that grabs from the very start and never lets go until its final, shocking denouement.

A smart, shocking and funny satire of media culture and human greed, 13 GAME OF DEATH is a stomach-churningly intense thriller that will have many viewers squirming in their seats as the film’s innocuous former salesman experiences things that make the challenges of real-life reality shows such as “I’m A Celebrity, Get Me Out Of Here!” look like a walk in the park.