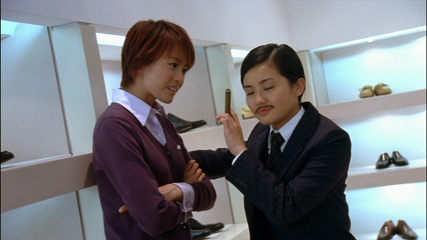 Ming (Louis Koo) is dating Annie (Gigi Leung) but knows nothing of romance. After taking Annie to a hot pot buffet on valentines day causing the end of the relationship causing Ming to look back over his past relationships to see where he has been going wrong all these years.

As a fan of romantic comedies and of the cast this review could be a little biased but I shall do my best. Like most romantic films from HK it can emotionally cripple you as the ending did for me.

I found this movie was a good combination for the genre. There is enough romance to keep to make is soppy and enough comedy to let most people keep watching through out.

Overall Love On The Rocks is a fun romantic comedy. That will play good in your girlfriends books if you watch it together. It’s also good fun trying to spot all the pretty pop stars. If you like romance films I recommend it. As it goes pretty deep at times and can make you cry if your the soppy type.