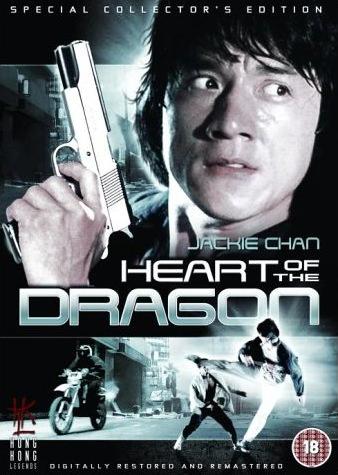 Fung Tat (Jackie Chan) is a police officer who dreams of becoming a sailor for the navy and see the world. The only thing holding him back is older brother, Danny (Sammo Hung), nicknamed Do-Do. Do-Do is mentally ill, he is at the physical age of 30 although his mind is probably at the age of a ten year old. Do-Do spends most of his times getting up to some wild and wacky schemes with his four friends (all kids).

One day Fung gets promoted to CID and poor Do-Do gets in trouble in a restaurant, locking himself in a freezer after not being able to pay the bill. As you can tell Fung’s career is always being held back by his brother. Although he is dating a young woman Jenny (Emily Chu), Fung’s mates think he killing two birds with one stone, proposing to Jenny and pursuing his career as a sailor, leaving Jenny with Do-Do.

Things go wrong one day when a group of gangsters (lead by James Tien) attempt to deal some stolen jewelry. But Fung and the CID bust in, one of the gangsters (Chung Fat) escapes with the loot although he gets scared off by Do-Do (who runs at him with a pistol), the gangster drops and bag and runs for it. It turns out that Do-Do and his friends were playing a game, Do-Do was actually holding a toy pistol.

This leads Do-Do into great danger with the local mob and having both the mob and the police after him, it’s up to Tat and his friends to save him…

Thoughts? Bloody brillant, the chemistry between Sammo and Jackie is amazing. The fights are amazing, well what else would you expect from Yuen Biao and the crew? The story is great, no flaws either. I was suprised at the role of Anthony Chan, its not often (well not to me) that you see him potray the role of mean bastard. It’s great to see Jackie Chan fighting The Dick! Yes, Dick Wei. Sammo Hung even takes one heck of a tumble!

Final thoughts, a must see for either fan of Sammo or Jackie.